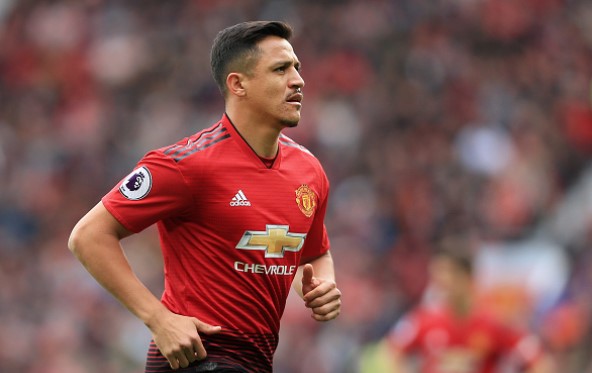 There has been a lot of talk about what will happen with Alexis Sanchez. And we are still not completely sure what the future holds for the former Barcelona man, but it is obvious that progress has been made between Manchester United and Inter Milan. The Chilean star has been part of their setup since the start of this prolonged season and he will remain there until it officially ends. Sanchez’s loan deal was about to end on 30 June, but the two clubs managed to strike a deal, which means Sanchez will stay a little longer in Milan.

However, that is not all, as Inter are reportedly working to extend the loan deal further. Di Marzio is reporting that they could try to even sign Sanchez permanently, which is definitely something Ed Woodward and Man United would be eager to see happen.

There have been some reports in recent weeks that Manchester United are exploring the idea of going after Real Madrid’s Luka Jovic. It has not been reported by reputable sourcers however and nothing really suggests such a deal would be realistic to expect. But in any case, is the Serbian striker the type of player United should go after this summer?

In terms of his position, style of play and obvious quality and talent, then Luka Jovic would be an interesting choice. Playing at his best, he could improve this Man United side over a long-term period, but all of that is too far-fetched. Jovic has had a lot of problems with his attitude since joining Real Madrid, he has been often injured and not taking care of himself the way he should and whilst a loan with an option to buy would be a low risk-high potential reward kind of deal, it still might be best for Ole Gunnar Solskjaer to look elsewhere.

Similarly to what has been the case with Alexis Sanchez, that is the case with Dean Henderson. The talented goalkeeper will remain at Sheffield United for the remainder of the 2019-20 season, as the two clubs found agreement to make the deal happen. However, far more interesting will be to see what will be Man United’s thinking ahead of the 2020-21 season and where will Henderson be at that stage.

Man United legend Dwight Yorke suggested that Manchester United should explore the idea of signing Leroy Sane from Manchester City today. It was an unexpected thing to hear, but Yorke says that United have a good attacking bunch of young players, but that the team is lacking a real left-footed sort of winger. He mentioned Greenwood in that conversation too, but still said that Sane is the player he likes.

Still, such a deal would be incredibly hard to imagine actually happening. Sane is close to joining Bayern Munich, to return to Germany and City would avoid selling the player to United.