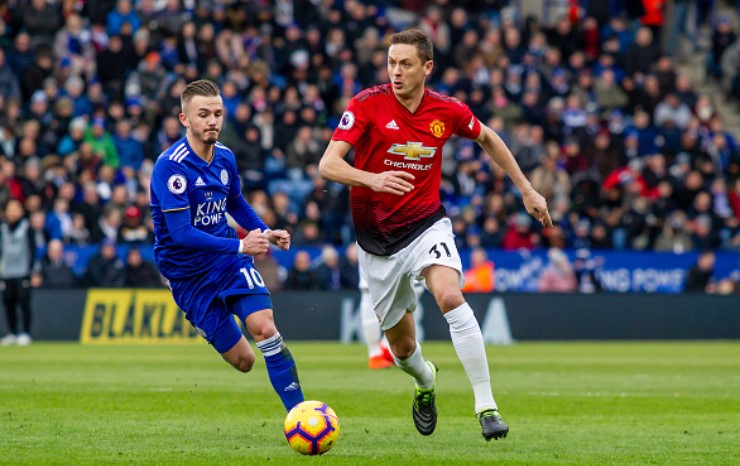 Manchester United’s second consecutive win in the Premier League could not have came at a better time. The Devils were on a high after the Chelsea win on Monday, but were somewhat stopped in their intentions against Club Brugge in Europa League. The second leg is set to be played next Thursday and for United this win was very important for confidence as well.

Also, the fact that Man United are now sitting in fifth with just three points less than fourth-placed Chelsea also says a lot. Ole Gunnar Solskjaer’s side is very well in the mix and it could get much better if United get just a bit more consistent. Such trait can bring you so much this season.

Here are some things we learned after consulting numbers.

Finally, for once, Man United created much more than their opposition in terms of chance quality and also the sheer number of them. Man United finished the game with 2.23 expected goals to their name, while Watford stood at just 0.30. That is a really good indication of how dominant United were in getting into good chances, but it also should be noted that Solskjaer’s side had a penalty, which is worth 0.76 xG on its own.

Nevertheless, this was a well-deserved comfortable win that came at the right time.

We have talked about Fred so much in the past year or so and we often said he is energetic, but can be wasteful. This time this was not the case. His tackling was right on point, as he made six successful tackles from eight attempts and he also added two interceptions and his game was clean on the ball, but also off it, as he did not make a single foul throughout. The Brazilian is slowly improving and hopefully he will become consistent the way Man United should be.

Watford Cannot Get Anywhere Near Goal

Man United were dominant for the most part of the match, as they made 21 shots from all kinds of positions, but Watford’s seven shots on the other side of the pitch were far from being as good. There was no real creativity and nothing that would suggest Watford are going to be getting regularly into chances. They had seven shots, but only two came from closer range, with one being from a very tight angle and the other one being a header after set-pieces. Man United seem much more resilient than many are giving them credit.

Man United players made 16 key passes in this match, which is not only a big number, but is also an indicator of their teamwork. But the bst part of that fact is that United’s key passes were mostly coming from central areas of midfield, with only two coming a bit further from the flanks. Nemanja Matic also made five key passes, three of them ending up in Watford’s box and that was a really nice surprise from the Serbian.