Manchester United made a surprising move during the final day of the January transfer window. They were looking to sign a striker and were linked with a move for Bournemouth star — and former Academy graduate — Joshua King. However, The Red Devils ended signing Odion Ighalo instead. The 30-year-old striker arrives to Old Trafford from the Chinese Super League.

The deal for the 30-year-old striker does not include an option to buy, meaning it will essentially be a five-month rental. There has been a lot of skepticism regarding Ighalo’s arrival, though. Some say he’s not “Manchester United material”. Others believe he will struggle to gain playing time, and that he will be a non-factor once Marcus Rashford returns from injury. But one thing is getting overlooked when analyzing the former Nigeria international. He arrives at Old Trafford on a good run of form of late, and he also has previous Premier League experience under his belt.

What do the numbers say regarding Ighalo’s recent performances?

Ighalo previously played in the Premier League at Watford between 2014 and 2017. He scored 16 goals in 55 Premier League outings with The Hornets. The striker also finished as the top scorer in the African Cup of Nations qualifiers for Nigeria with seven goals, and he also netted five more at the tournament last summer.

And if we’re talking about numbers, then his CSL performances should be noted as well. The Nigerian scored 46 times in 70 games in the Chinese Super League across three years. Granted, the CSL is a lesser competition compared to most European leagues. However, Ighalo still ended averaging roughly 0.65 goals per game on Chinese soil. That’s enough to give him another chance in a more competitive environment.

What do Ighalo and Solskajer said regarding the transfer?

The former Watford striker touched down at Manchester Airport on Sunday morning and said he is relishing the chance to prove himself at Old Trafford. “It’s a dream come true because since I was a kid I followed and dreamt of Manchester United,” Ighalo told Sky Sports News.

“But it is a reality now. I cannot say much more now until I get started. This is a great opportunity for me and I am grateful to God, and to my agent, and the coach who has given me this opportunity to be here. I am happy to be here and to work out with the team and finish very well this season. The plan is to just chill today because I travelled a very long way from Shanghai to Manchester. Today is to just rest and tomorrow we start to work,” he finalised.

United boss Ole Gunnar Solskjaer is confident Ighalo will thrive at the club. “Odion is an experienced player,” Solskjaer said. He will come in and give us an option of a different type of centre-forward for the short spell he’s staying with us. A great lad and very professional, he will make the most of his time here.”

What can Ighalo add to Manchester United this season?

Two words: finishing and physicality. Even though Anthony Martial and Rashford can play upfront, neither player is a true striker. Both look more comfortable on the wings, but Ighalo is a striker by trait. He can hold up the play, cover long balls, and work hard against opposing centre-backs. Those are uncommon traits in today’s football. Now, forward players often show tactical versatility and lack of a clear, established role.

No one knows whether Ighalo will fit at Old Trafford or not. But one thing is certain. The Nigerian will fight for every ball as it would be the last one. And maybe, that’s what this team needs down the stretch considering they will be vying for a UEFA Champions League ahead of the 2020-21 season. 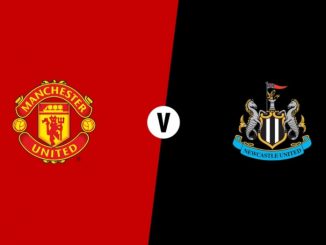