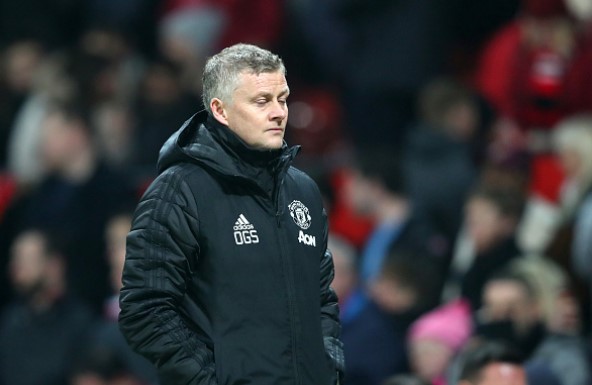 Manchester United failed to beat Wolverhampton Wanderers yet again. That 1-0 win in the FA Cup 3rd round replay match was a one off, it seems, as the Red Devils once more were stopped by Nuno Espirito Santo’s team, with a 0-0 draw at Old Trafford.

It was a match that had seen Man United have the most of the ball and which, unsurprisingly, resulted in Man United not creating much and not scoring – yet again.

This was United’s fifth Premier League match in 2020 and the team remained one just one league win and just one match in which they actually scored – in a 4-0 win against Norwich. Problems are still there, but at least one player has done well when all the eyes were on him.

Fernandes Does Well On His Debut

It was Bruno Fernandes’ debut at Manchester United since joining from Sporting Lisbon and after just a couple of trainings with the team, he managed to show some of the things why he was brought from Portugal. Fernandes was good on the ball, trying to create for others and also come from deep, he was doing his business without the ball trying to recuperate it and he was also shooting from distance, something that he was doing a lot at Sporting.

One of Ole Gunnar Solskjaer’s mistakes was getting Bruno Fernandes to being a pivot to Fred, in order to further accommodate Andreas Pereira who has not really shown yet that he is the type of the player that should be accommodated after making such a big signing in Fernandes.

The other mistake is that Solskjaer still fails to understand (or accept) that his team is not coached to play with 65% possession of the ball. After the match, he said that keeping that much possession was one of the positives, but throughout of the season, United having more of the ball than their opponent has in most cases meant struggling, failure to create opportunities or even have a coherent plan what to do with the ball. His team is not really controlling the match just by having the ball. That ball possession has to get you somewhere in the end…

Wolves were staying behind the ball for the most part of the match and Espirito Santo’s side looked a bit jaded and tired. And it is no surprise, this was their 43rd match of the season! Due to playing Europa League qualifiers, their campaign started much earlier than everyone else’s and that is now taking a bit of a toll. But still, they managed to get a point from Old Trafford.

It Is Easy To Stay Unbeaten At Old Trafford

Which gets us to our last point. It is easy to stop Man United at Old Trafford. From 13 Premier League matches played at home, United have won just six, which is less than half and that is slowly becoming a big problem, especially when the team is even worse away from home. Nothing from United’s attacking game today would be a reason for any Premier League side to be afraid of coming to the Theatre of Dreams.