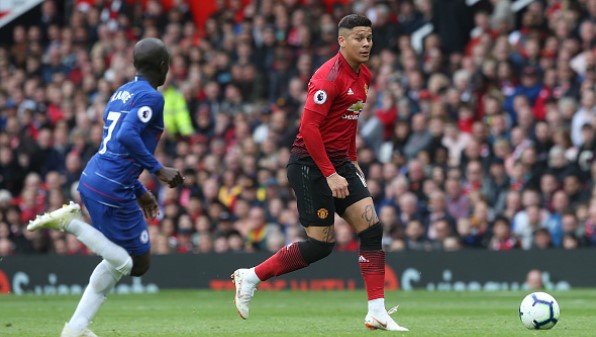 Manchester United are about to return to FA Cup action on Sunday afternoon. They are set to meet Tranmere Rovers at their Prenton Park in the fourth round match, which should see United in comfortable situation to reach the next round of the competition.
But before that, we should talk about other news surrounding the club. Here are some news for this Saturday.

Manchester United are still looking how are they going to improve their squad. There is still no real evidence that United will get any new players in this winter, as Bruno Fernandes deal is still up in the air.
However, another new player is being linked with the Devils. According to the Athletic, Man United are considering making a move for Bournemouth’s David Brooks. This is an odd one, since there are several factors around this that do not make the most sense. The most important one is that Brooks has had an ankle injury before the season actually started and he is still out of action. He has not played this term for Bournemouth and making this move in January would be a weird move to make.
But then again, the media are probably thinking of Brooks in terms of him being a British talent and also a younger player. Brooks is 22 years old and he has the potential in the number 10 role, but it is probably too soon for him to make such a big move all the way to Man United.

It looks like James Garner might be leaving Man United before the end of the January transfer window. According to the Mirror, Garner is a loan target for Sunderland. The report suggests that Man United feel the player will benefit from going out on loan until the end of the season.

This seems like a sensible move from Man United, as long as Sunderland would be really able to utilise Garner in a proper way and offer him plenty of playing minutes.

Rojo To Return To Argentina

There have been a lot of news regarding Marcos Rojo and his future and now the latest news ar ethat he is ready to leave the club. Man United failed to find a buyer for the Argentine and he is close to making a move to his nqtive country.
Accorsing to the Mirror, Rojo will be joining his old club Estudiantes on loan.

There have not been a lot of news in regards to Bruno Fernandes move, but it looks like there have been new developments. Sporting Lisbon manager Silas has made plans for their match on Monday with and without the much wanted midfielder.
Negotiations with Man United have apparently been reactivated and are intensifying. Man United feel that there is the new chance to sign the player and that makes sense since ysporting are probably aware that Fernandes’ price could easily drop if they do not sell him this month.