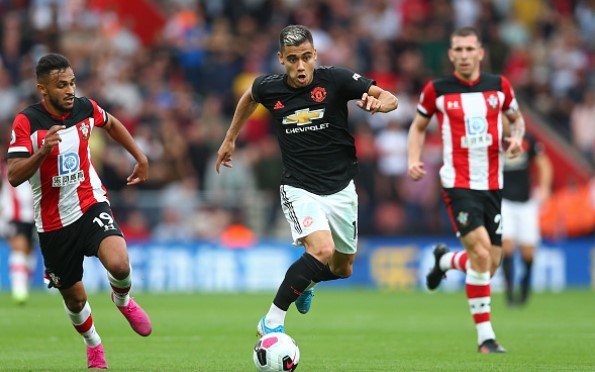 Manchester United won their second consecutive match in the Premier League, beating Burnley 2-0 at Turf Moor on Saturday night. Goals from Anthony Martial and Marcus Rashford scored in both of the halves meant that the Red Devils got another victory in 48 hours, finishing the 2019 on a high. This has also seen Man United return to fifth place of the league standings, just four points behind fourth placed Chelsea.

Here are the main things we learned from this match

Are Manchester United slowly becoming more and more consistent? This answer would be too naive to give in a simple ‘yes or no’ fashion and this win against Burnley is definitely a step in the right direction. Man United have massively struggled in stringing a couple of good performances against the weaker Premier League sides. Beating Newcastle and Burnley consecutively is not something that should be hailed as a big success, but more as something expected of Man United.

However, as we know how much this team struggled when they were expected to dominate, these results are really important. After comfortably beating Newcastle on Boxing Day, now Ole Gunnar Solskjaer’s side got another important win. After just two days, the victory was confirmed with relative ease. United created more chances than their opponents and the result was exactly meritorious, considering performances of both sides. That is a good start to build upon in 2020.

Brandon Williams is a player many Man United fans enjoy watching, but he should not be looked at only through the lens of a youngster doing well in the first team and playing here and there, mostly when Luke Shaw is either injured and needs rest. No, his recent performances are showing that he might even become a starter. What is certain is that Shaw should be concerned.

Williams’ dynamism on the left flank is something United should welcome and his deliveries into the box have been equally interesting. Luke Shaw’s place in the starting lineup is not so safe anymore.

We spoke of Andreas Pereira many times as the player that does not bring any obvious qualities to this team and that his role in the team often feels undefined. But his performance against Burnley has been exactly the opposite. He pressed persistently and it was his pressing that made some mistakes from Burnley players. His assist for Martial’s goal was truly exquisite and something United would welcome in the future.

Burnley Still Without An Upset

We spoke before the game of a myth that Turf Moor is some kind of a fortress and that was confirmed yet again. Burnley are currently a side that almost never wins points against the sides from the top six (plus Leicester). Basically, the huge majority of their points this season came against sides that you could see them win points against. The match against United showed that they do not possess that kind of resilience and eagerness for a battle anymore.