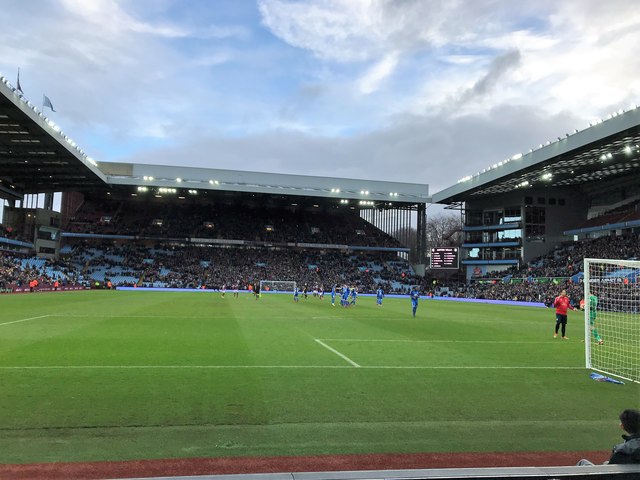 Manchester United are returning to Premier League action after a break for a long Europa League travel. Ole Gunnar Solskjaer rested most of the senior players and those players did not go to Kazakhstan to play Astana, but now they should be fresh enough to see off the newly-promoted opponent.

That opponent is Aston Villa and they will be visiting Old Trafford for the first time since returning to Premier League football. Here are some things you should know about them.

Aston Villa have won four, drew two and lost seven matches so far, sitting just two points off Southampton who are still in the relegation zone, although with a match in hand. Actually, Villa’s return to the league was not that great, as they had won just one match when October rolled in.

Since then, they won three and lost three, although quite expectedly. Two of those three losses came against Manchester City and Liverpool, with Wolves also getting a 2-1 win. In their last match, they defeated Newcastle United 2-0 and quite comfortably. With a goal difference of 19-20, they are pretty much where they are expected to be in terms of points won.

Dean Smith is the manager that promoted Aston Villa to Premier League and he mostly used a 4-1-4-1 formation, but since coming up, his Villa team are playing more and more in an attacking 4-3-3 system. During October, they switched back to 4-1-4-1, but against Newcastle they won in that other formation.

Douglas Luiz was at the base of midfield, with John McGinn and Conor Hourihane in front of him. Anwar El Ghazi usually plays on the right wing, with Jack Grealish on the other end, with Wesley up front. This formation is offering them the chance to remain dynamic and dangerous on the counter-attack.

The main threat from this team has been their big signing from Belgium – Wesley. The 23-year-old Brazilian came from Genk for about 20 million pounds and he has done remarkably well in his early days. Many have thought he would need more time to accustom, but so far he scored four and assisted one. He is even a bit below his expected goals which are 5.84 per Understat. He is not shooting very often for a striker, but when he does, he tries to shoot from dangerous positions.

Well, we have to talk about Jack Grealish, those are the rules. Aston Villa captain is now 24 years old and it looks like he is slowly maturing, especially off the pitch. On the pitch, he has been this team’s leader since his days in the Championship and he continues to be that player again.

He has been creating the most of all Villa players, whilst still remaining a goal threat himself. His mixture of flamboyance, vision and arrogance is always a good combination when on the pitch, as he has scored twice and added four assists to that tally. He will definitely need to be neutralized on Sunday if United want to get a win without much trouble.