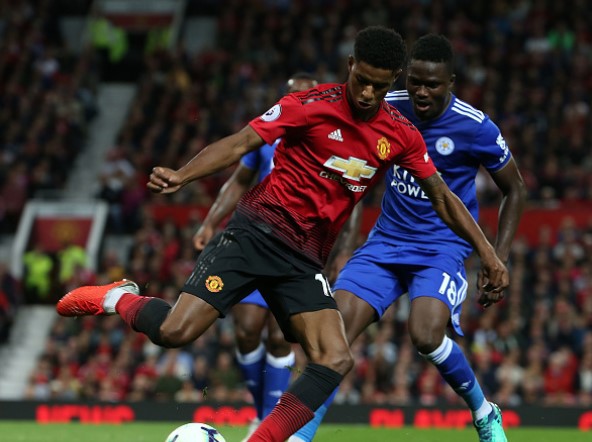 Leicester City are coming to Old Trafford on Saturday afternoon and they will be backing themselves to do well. After the initial start of the season, the Foxes are third in the Premier League standings, with eight points out of possible twelve. They drew twice, but they have also won twice. Defeats are non-existent so far and they will want to keep that streak going.

How Did They Fare So Far

Leicester started the season with two draws, before getting on a short winning streak. The 0-0 draw against Wolves was an intriguing one, between two sides having (mild) optimism that they could possibly break into the top six this season and Leicester were even a bit lucky not to lose, due to a goal disallowed by VAR.

Against Chelsea, it was a much positive draw. Chelsea did have some of the better chances, but the differences between the two sides were not big enough to claim Leicester should have lost this one, especially not when playing away at Stamford Bridge.

And then came the Sheffield United game. It was not ideal, but Jamie Vardy and Ashley Barnes managed to score from their chances and get their first win of the season. By far the most comfortable performance, Brendan Rodgers’ side had against Bournemouth just before the international break. It was 3-1 for Foxes, in a match that brought several really good chances for them. They took them and deservedly so, they are still undefeated this season.

The Youngest Team In The League

What is the really interesting thing about this Leicester squad is that it is so much different in style and type of players than the team that won the famous Premier League title in 2016. Whilst then there were many really experienced players, now the situation is different. There are some older guys now as well, like Vardy and Kasper Schmeichel, but they are mixing up well with the new, young guns.

Leicester had the youngest team last season and they played players age 23 or under by far the most of all Premier League sides. With the addition of guys like Dennis Praet and the departure of older players, like Shinji Okazaki and Danny Simpson, this team is now even younger.

That can make them quite unpredictable, both in a good and a bad way. They will have their blips and moments of brilliant football, but that is the price they are ready to pay.

Man United have been always mentioned as a team that has a much weaker midfield than it should and that it is team’s most vulnerable zone on the pitch and probably the opposite could be told of Leicester. There are still “pieces” to fit in perfectly, but Rodgers has used a lot of the midfield diamond recently.

His 4-3-1-2 formation has either Wilfried Ndidi or Hamza Choudhuri  at the back of the midfield, with Dennis Praet and Youri Tielemans in front of him and then James Maddison playing behind Jamie Vardy and potentially Ayoze Perez.

Such midfield has a lot of creativity, neat passing, but also energy, covering the ground and getting stuck in. It will be interesting to see their lineup at Old Trafford this Saturday.