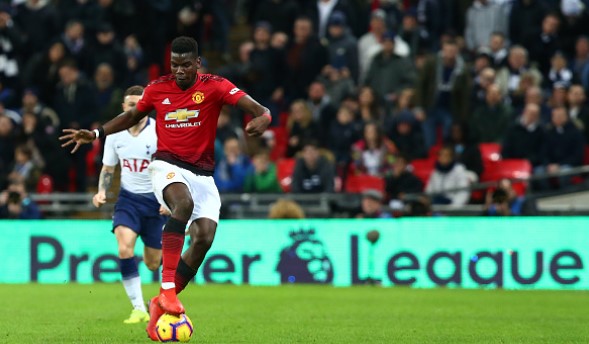 According to Sky Sports, Manchester United are stepping up their interest in Norwich defender Max Aarons, who they see as an alternative to Aaron Wan-Bissaka. Man United have reportedly made an offer of 35 million pounds for Wan-Bissaka, with 15 million pounds in possible add-ons, but Crystal Palace wanted 50 million pounds straight, without any clauses.

That seems to have made Man United look elsewhere and if the credo for this transfer window is to get ‘young, hungry, British players’, then it makes sense going for Max Aarons. Sky Sports did not report any real bid so far, but Aarons had an interesting season at Norwich City in Championhip last season.

Whilst paying 50 million pounds for Wan-Bissaka is too steep to pay for him, it still remains unknown how much Aarons would be a fitting solution.

Manchester United are willing to sell Romelu Lukaku to Inter but only if Milan Skriniar is included as part of the deal, according to reports in Italy, Metro have reported today.

Corriere dello Sport also claim that Man United and Inter have been in talks to discuss a deal for Lukaku, with the Italian club allegedly offering Ivan Perisic and Mauro Icardi. However, United have rejected both players and have told Inter that they want Skriniar in exchange, Metro are noting.

But all of this seems highly unrealistic. Antonio Conte did arrive to Inter Milan and he really wants Romelu Lukaku at his disposal, but it would be naive to expect Nerazzuri would throw Milan Skriniar in the equation just to get the Belgian.

Yes, sending Skriniar the other way around would make the price go down, but there are two important factors here – why would Conte sell such a good centre-back around which he can build a defence for the future and why would anyone think Skriniar would be eager to move to Manchester and play Europa League, when he is settled in Italy and at Inter?

Paul Wilson wrote a piece for The Guardian today about the Paul Pogba situation. Basically, what it argues is that Manchester United should be wise to sell Pogba even if they make loss. The article points out the current situation about the Frenchman and his club, with Real Madrid and more recently Juventus being rumoured as potential destinations for him.

Wilson makes a good point of saying that Man United have massively overpaid for Pogba three years ago and therefore Ed Woodward and the club should not expect to recoup all of that money. He also notes that Pogba’s time at the club did not enhance his image nor on the pitch or off it, and that winning World Cup only further highlights that he can offer more than the club are able to get out of him.

“He is an elite player – there is no doubt about that – and as such he belongs at an elite club. Whether United currently fit that billing is a matter for debate.”