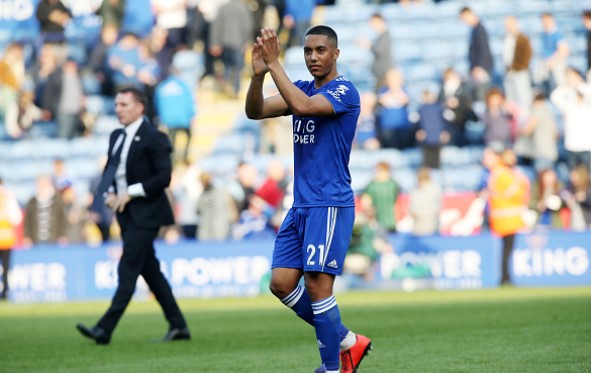 This Saturday was not as interesting as some previous ones, especially those when the Premier League was still on, but during the transfer window things can get interesting when you do not expect them to become. And this Saturday seems to be that one. New rumours have started in regards to potential signings for Manchester United and there were some surprises.

Here are the main stories for today.

Sorry if you are going to be disappointed, but we did not mean Everton the club, but Everton the player. He is Brazil international, plays for Gremio and his full name is Everton Soares. At 23 years old, he made his Copa America debut on Friday night, scoring Brazil’s first in a 3-0 victory over Bolivia. After the match, he spoke about his qualities and he mentioned Manchester United.

‘I’m a player that’s always trying to get on top [of the opposition],’ he told the Daily Mail. ‘Cutting in from the left with dribbles and good finishes. Clubs in Europe have this style of play too and maybe I can fit in at Manchester United and others.’

We know this does not mean that Man United are interested in him – or maybe they are now, since the club is apparently looking at 100 players at once, at least according to media – but maybe he has the quality to become that player one day. You just never know.

Unexpected links between for Man United’s potential signings come up almost every day and that is the case today, too. Issa Diop is now the latest that could be on his way to joining Devils.

Manchester United are interested in signing Issa Diop and willing to pay £45m plus a player for the West Ham defender, Sky Sports News understands.

West Ham are adamant that Diop is not for sale and it is believed they would not even listen to offers of less than £60m.

That is what Sky Sports had to say about this and it all made us think. Why would Man United offer that much money and a player for a 22-year-old, who is still a raw centre-back. One of the reasons could be because there are so many players United should be looking to get rid of and the other is, well… Ed Woodward. It looks like not having a good Director of Football could be a problem in the end. Who knew?

Kristof Terreur, Belgian football journalist, wrote on Friday that Manchester United are reviving their interest in Youri Tielemans. The player United were interested in all the way back when he played for Anderlecht had a great second half of the season at Leicester, but Foxes did not have a option to buy him in the loan contract when they were getting the Belgian from AS Monaco this January.

This means United could beat them to get Tielemans and it looks like Monaco could be giving up on him. Tielemans is a quality player that still needs developing, but he has the tools to be a good player for Man United. The potential fee was quoted at £40million.