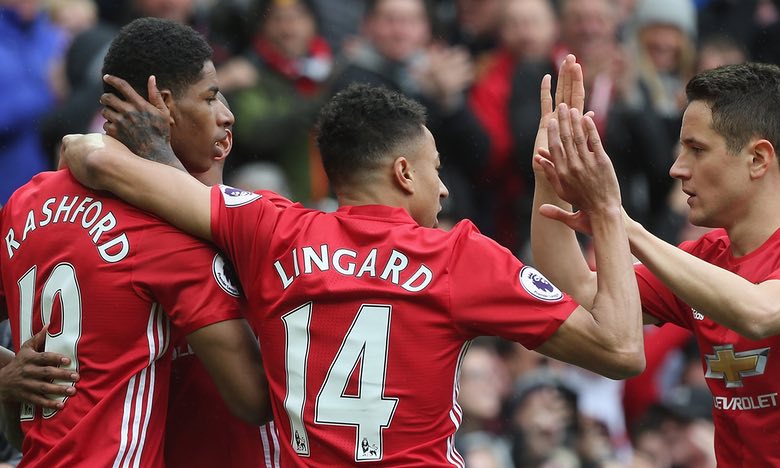 Manchester United continued their run of matches without a win in Premier League, as they drew 2-2 at Old Trafford against Arsenal. The Devils got to another draw after trailing the guests on two occasions. Anthony Martial first equalized after Shkodran Mustafi’s opener, while Jesse Lingard did the same following Alexandre Lacazette’s previous goal. In the end, both teams felt like they could have won the match, but both sides also made too many mistakes for that to happen.

Jose Mourinho did not start Romelu Lukaku nor Paul Pogba in this match, but it was United who started better. Arsenal looked slow and turgid, but they still got to score the opening goal. It was again that Man United had to dig deep after going behind, like so many times this season and after this match they sit in eighth place, behind Everton and Bournemouth, still with a negative goal-difference, 15 matches into the campaign.

It Is Easier When Chaos Reigns

The whole match was entertaining, but it truly lacked real quality. It was fun to watch, for neutrals especially, but that does not mean quality. Both teams were making plenty mistakes, basically all goals were scored after smaller or bigger mistakes and in such circumstances, it is always when you do not lose.

However, this match showed that for Man United it is easier to play when things become chaotic. Similarly to how Liverpool always enjoyed playing chaotic matches against Man City, that is now what United do. When they lack in quality to beat a tough opposition, dragging them into a sloppy affair, where mistakes are numerous, it is easier to get a result. Still, it was Arsenal who did not score the best chances of the match and they will feel slightly worse about this point.

Jose Mourinho opted for a formation with three centre-backs, mimicking Arsenal’s defensive foundations. Yet, that did not neutralize their left wing-back, Sead Kolasinac. The Bosnia and Herzegovina international was tough to stop throughout this match, showing why switching to a defence with three centre-backs is never easy if a team is not completely used to it.

Kolasinac bombed up and down, finding space in that corridor between Eric Bailly as right centre-back and Diogo Dalot, a right-back. It was in those half spaces that his runs were dangerous and hard to stop. Kolasinac maybe did not enjoy the best performance defensively, but going forwards, he was a menace, even making 11 touches in United’s box.

Jesse Lingard earned the point for Man United tonight, but it was his whole performance that showed how good he is at adapting to different systems and manager’s needs. In this 3-4-2-1 formation, he played as an attacking midfielder with freedom to roam and work together with Martial in behind Rashford.

His movements were great once again, as he popped up both left and right, and also opening space in different areas of the pitch. He did lack some end product in United’s actions, as he did not always get close enough to Arsenal’s box, but his great reaction to score after the Gunners’ defensive mistake was enough to make this into a really good performance.