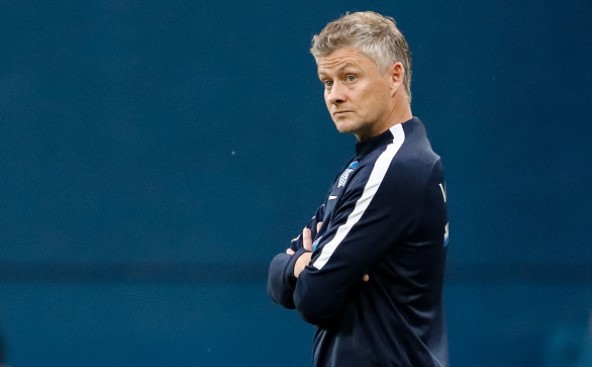 Manchester United have parted ways with Jose Mourinho and now everyone is talking about Ole Gunnar Solskjaer. The new manager will debut in the dugout this weekend against his former team Cardiff City. He will remain at the post until the end of the season and we know he will return to Molde afterwards.

That means the manager has got the six months at the club to do as much as possible and here is what he had to say in his first interview about that.

“It’s six months and I’m going to enjoy the ride. I’m back home, if you like, and it’s about seeing the players, the staff. It’s about, of course, just being myself. I know that the club is now running the process to find the next manager, so I’m just going to be myself.”

And that could be a good thing, to bring the relaxed atmosphere among those at the club and around the team. Whatever might be the case in the end, here are four things we would like to see Solskjaer do well at Manchester United in those six months.

Bring Back The Smiles

Solskjaer’s short stay could make things more relaxed and we would like to see this team smiling more often, thus making the fans smile too. It has been a very negative season for everyone involved with Man United since the start of the campaign and a big change in that regard would be a great thing. The players could enjoy playing more, especially if Solskjaer is to insist on playing expansive football and a more positive atmosphere around the club would be a good start.

It is not easy seeing Man United qualify for the Champions League next season, but they are still in that competition this season. And they will have a fierce opponenet – PSG. The French champions are favourites, have a set of players including Mbappe, Cavani and Neymar and they could easily beat any team on their day. We would like to see United truly challenge them and get themselves within a realistic chance of progressing. Whether that would be enough in the end is not up to us, but requiring a qualification for quarterfinals is not a sensible thing at this moment in time.

Make It An Enjoyable Journey

Solskjaer talked about the six months at the club and when you know when exactly your journey is going to end, you can experience it in a better way. Do as much as you can and try to have a great time. Why not? United’s season has been a miserable one and many fans just want to enjoy watching football again. Have a great FA Cup run, make a memorable away win in the league and make the most of the European nights. Make it enjoyable, everything wil be easier from then on.

And the obvious one – to have better results, the players will have to improve. That will be up to Solskjaer, but the players themselves too. We hope to see Solskjaer get Lukaku back into form and improve his confidence. We hope to see why the club paid so much for Paul Pogba and make Martial, Rashford and Lingard all do their parts of the job more efficiently. The backline will also need to tighten up, the manager talked about De Gea being the best goalkeeper in the world, so it would be good to see them all work toward making that a realistic claim once again.