England and Belgium will meet for the second time during the current 2018 FIFA World Cup. However, they will take part in the game that “no one wants to play”, as both countries will battle for the third place in the tournament following their semi-final defeats against Croatia and France, respectively. This game will be played on Saturday at 15:00 hrs (BST) at Krestovski Stadium. Alireza Faghani will be the referee.

After all, the trophy won’t be coming home following England’s disappointing 1-2 defeat against Croatia in the semi-finals; The Three Lions jumped ahead on the score with a quick free kick from Kieran Trippier, but goals from Ivan Perisic and Mario Mandzukic prevented Gareth Southgate’s men to reach their first 2018 FIFA World Cup final since 1966. In any case, that shouldn’t minimize what England have done during the tournament. They arrived into the competition as a team with enough talent to potentially reach the quarterfinals as a best-case scenario, but they have topped even the most optimistic expectations and seem ready to, at least, mount a fight for a spot in the podium. As if that wasn’t enough, they also have the top scorer in the competition in Harry Kane. The Tottenham striker has six goals, and will look to finish the tournament as the top scorer. Will he be able to unsettle Belgium’s strong defensive line?

Southgate could have a few absentees for the team’s final game of the competition.

Reports have indicated that Kieran Trippier might be doubtful, and the same goes for Kyle Walker and Jordan Henderson. It wouldn’t be a surprise if neither of these players end up starting. Trent Alexander-Arnold, Phil Jones and Eric Dier could act as potential replacements.

Belgium could not take the final step towards reaching the World Cup Final, and they fell short against a composed France side in the semi-finals. However, that shouldn’t take away any of the good stuff that The Red Devils have done during the tournament. In fact, Belgium topped their Group and later brushed aside both Japan and Brazil during the knockout stages. Their performance against France was a bit underwhelming, but this team has enough depth and talent to bounce back in quite a hurry. For what is worth, this could also be a huge game for Manchester United striker Romelu Lukaku, who has four goals in the tournament but has not netted in his past three outings. He still has an outside shot at winning the Golden Boot, but he would need to have a monster game against The Three Lions in order to do so. In any case, he is a player to watch for sure.

Roberto Martinez will have the entire squad available ahead of this match. This includes Thomas Meunier, who missed the semi-finals against France due to yellow card accumulation.

Expect the former Everton manager to field a similar team to the one that has been playing during the past few games.

I don’t expect either side to sit back and play negative. Therefore, we could easily witness more than 3.5 goals scored. 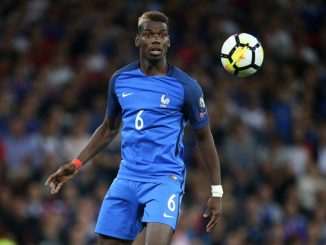