Manchester United won their Monday night match at Selhurst 3-2 after Crystal Palace had a two-goal lead. Now that the victory was sealed after a great comeback, United are preparing for a crucial Premier League clash. One of the biggest rivalries in English football will get a new instalment when Liverpool visit the Devils on Saturday at Old Trafford.

That match will be a very important one for the race for the second place in the league. A victory for any of the two teams would not only mean sitting in second place with eight matches to be played, but also potentially increasing the lead ahead of the remaining teams in top four race.

Tottenham and Chelsea are the other two teams fight for those places and one of these four sides will definitely stay without a top four finish. For United to beat Liverpool would not only mean a great win over a great rival, but would also open a five point lead ahead of them. Here the things Jose Mourinho and his players must pay attention to against an in-form Liverpool.

Manchester United defenders should really pay attention to Roberto Firmino’s movement and overall play. The Brazilian plays as a centre-forward in Jurgen Klopp’s 4-3-3 but he is so much more than a number nine. After all, Firmino is not a proper striker, yet more of a second striker playing in the position of a real forward. His energy and stamina will try and cause havoc in between the lines.

He will try and dare United’s centre-backs to close him down, while also trying to make Nemanja Matic move around. That would potentially open space for any of Mohamed Salah, Sadio Mane or some of the more offensive central midfielders.

Not many people talk about the Scottish left-back but he has been doing things right as part of Klopp’s back four. The former Hull City player likes to get forwards on that flank and offer good service. He is quite good at crossing and that is something Liverpool take the most of. They might not be an aerial threat with Firmino or Salah, but the second balls are very important these days and those scraps are what Liverpool players will want. He also makes one key pass per match, which is decent for a left-back.

This is where United could damage Liverpool. Virgil van Dijk has been playing well and Liverpool are not conceding goals with ease as they used to at one point in the season. Yet, they still do not look rock solid and team’s eagerness to always go forwards can be damaging at certain times during the match.

Romelu Lukaku will want to try and exploit that with his physical and aerial presence. The Belgian striker will do his best to score in second consecutive match against a top 6 sides and potentially deciding the match once again.

Well, this is obvious. He is one of the best players in Premier League this season and Mourinho will certainly know how to contain him at Old Trafford. 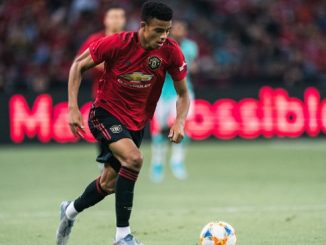