The transfer market is not over just yet, so the gossips and rumours are not going away. The British media have been reporting in recent weeks that Manchester United are looking at the prospect of signing Arturo Vidal from Bayern Munich.

Main reason why Vidal could be leaving Munich during next summer is Leon Goretzka. Bayern acquired the signature of Schalke’s player and will join his new team-mates on 1 July when his current contract expires. That made enough reason for speculations to start floating around, as Bayern are in need of refreshing their squad. Last summer they brought in Niklas Sule and Sebastian Rudy from Hoffenheim, while Sandro Wagner joined the duo from the same side this winter, in a deal worth around 13 million euros.

With players like Arjen Robben and Franck Ribery getting older and Vidal approaching his 31st birthday this May, the need for flesh blood is obvious. So, could the Chilean midfielder really join Manchester United?

First of all, it is believed that Jose Mourinho is very interested in Vidal, as a high quality player with plenty of experience. One of the first things that comes into mind is Alexis Sanchez. Now that United acquired former Arsenal and Barcelona player, he could give his fellow countryman advice of joining the Devils. Vidal will be 31 when the season ends, with probably two or three great seasons in his legs.

He has not played in England and after Italy and Germany, he could be tempted to a new challenge. Vidal would be playing alongside Sanchez, with whom he won two Copa Americas and reached final of the Confederations Cup. Yet, that is not all.

Vidal would be reunited with Paul Pogba as well and the pair know each other very well. Pogba and Vidal co-operated nicely at Juventus, where they reached Champions League final in 2015. That could be United’s goal in 2019 as well, and the squad would really be bolstered in the midfield area if he actually joins.

What is also a reason why Vidal could be United’s target is the situation with other central midfielders. Marouane Fellaini is edging closer to a free-transfer move away from Manchester next summer, while Ander Herrera is not exactly playing at the expected levels. The Spaniard could actually stay at the club, especially if Fellaini leaves, as Michael Carrick will end his career, too.

In that case Herrera would become even more of a squad player, and if Vidal joins, his role would be closer to the periphery of the team. Vidal is a high quality player which could fit easily alongside Pogba and Nemanja Matic. Herrera, in that case, would not be playing a lot, but could be used when necessary.

Manchester United should go for him as a mid-term solution in the next two or three years. Vidal would not only bring the steel in their game and experience, but also good technical abilities in center of the park, good defensive output (this season averages 3.8 successful tackles per 90 minutes) and is very good at coming late into the opposition box. He is used to playing different systems, both at Juventus and Bayern, so Mourinho could find plenty of positives in having such a player in his squad. 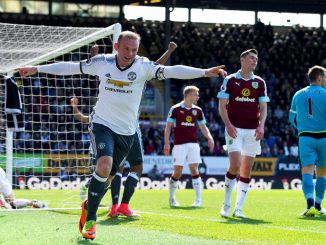 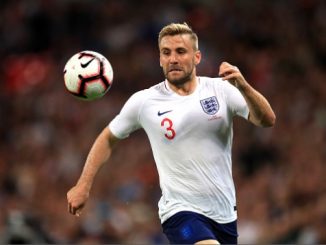