Manchester United are on the verge of facing a pivotal match against FC Basel in the UEFA Champions League this Wednesday. Knowing a win would clinch them a berth in the tournament’s next round, United need a positive result to become one of Europe’s top 16 teams. However, the journey shouldn’t end there for The Red Devils.

United feature a team that is talented enough to potentially make a deep Champions League run. They have one of the best goalkeepers in the world in David De Gea, a competent midfield anchored by Nemanja Matic and Paul Pogba, and a talented, versatile attacking line. Names such as Zlatan Ibrahimovic, Romelu Lukaku, Anthony Martial and Marcus Rashford should strike fear in any opposing defence. However, there is one thing the team has been missing from quite a while. And that’s a world-class centre-back.

The current in-house options feature Eric Bailly, Phil Jones, Chris Smalling, and Victor Lindelöf. Bailly is the best option right now, but the 23-year-old Ivorian defender lacks the needed experience to lead the defence against teams such as FC Barcelona, Bayern Munich, or PSG. Jones is a competent option, but would be better suited to play as a backup. And to make things more difficult, he is dealing with a hamstring problem. Last but not least, both Smalling and Lindelof have done a decent job, they are not the centre-back duo anyone would like for a potential Champions League playoff tie. If they had problems against Newcastle United, we can only imagine how bad they would struggle against tougher sides.

The solution is quite simple, then. Manchester United will need to go shopping during the January transfer window. They need to sign a quality centre-back. One that represents a clear upgrade over the current in-house options. There are several names that could be available for a reasonable transfer fee, though.

Which Centre-Backs Could Manchester United Target In January?

For instance, we have Sokratis Papastathopoulos. The Greek international is one of the toughest centre-backs in Europe, and his tough-as-nails mentality would certainly be useful at Old Trafford. He is currently under contract with Borussia Dortmund, though, but the Bundesliga giants have struggled during the current season. The Greek international could welcome a change of scenery, especially since moving to the Premier League represents quite an upgrade over the Bundesliga.

Sokratis is not the only option that could be available, though. Virgil van Dijk might represent another alternative since the Dutch international is keen to leave Southampton during the upcoming transfer window. Signing him won’t be easy, however, as Liverpool are believed to be front-runners to land the coveted defender. Van Dijk would represent check lots of boxes if he were to play for United, though. He has experience, is tested on the international stage, and is a proven player at the Premier League level. That’s certainly a plus.

Danny Rose has been mentioned as an alternative as well. However, the fit is unclear there since he is a left-back. His potential arrive would allow Mourinho to employ Daley Blind as a full-time centre-back, but that is not a realistic option, either. United need a proven centre-back. Someone like Jose Maria Gimenez. who has been linked with United in the past. Or Raphäel Varane, a player Jose Mourinho absolutely loves even though he will be almost impossible to pry away from Real Madrid.

Several other names could appear in the shortlist in the future, but the reality is that United MUST do something. As things stand now, their defence is just not good enough to make a deep Champions League run. And fixing it could be the difference maker between making noise in Europe or not. 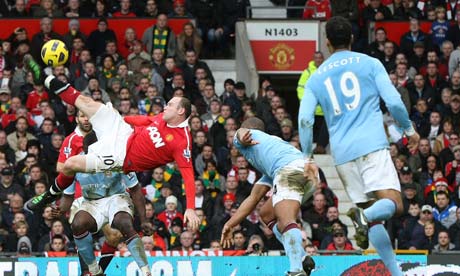 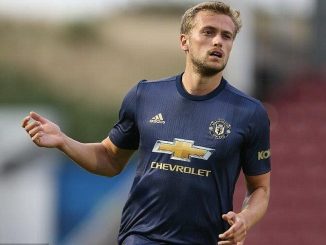 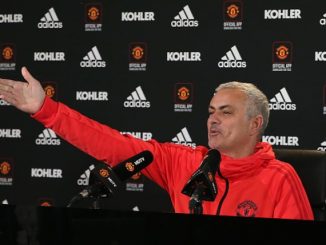