Manchester United lost on Wednesday night in their fifth Champions League match to Basel. It was 1-0 in Switzerland for the hosts, as Jose Mourinho’s team stumbled in their first try to secure the top spot in Group A.

It will be then that the Reds will find out who their opponents are in the round of 16. But which teams could that be?

Group Bâ€¦ Well, any team from group B, that is. Paris Saint Germain are doing remarkable things and they are most likely to finish ahead of Bayern Munich. They managed to beat German side 3-0 previously, so they only need to keep that lead in their return match if they are to remain first. Therefore, Bayern is not a good option here…

Group C is not as tough as Group B, but the teams there are still very strong. Chelsea are current leaders and Man United cannot draw them, but Roma are in second while Atletico Madrid are in third. Mourinho’s team could beat of those teams over two legs, yet that would not be the kindest of draws. From all the teams United should avoid, this group seems like the best option.

In Group D, Barcelona will finish first, so that leaves either Juventus or Sporting in second. There is a very slim chance of Sporting beating Barca and Juve not winning against Olympiacos, so Manchester United should not relish the matchup against last season’s Champions League finalists.

And then there is Real Madrid. The double European Champions and world champions are the only team confirmed in second place of their group. They ended up behind an inspired Tottenham team and therefore Madrid should be avoided in any possible way.

Clubs from Group E are not that big threat. Manchester United cannot draw Liverpool, while either Sevilla or Spartak Moscow would mean the Devils would be heavy favourites. People should pay attention to this group.

The story in Group F is quite similar. Manchester City are topping that one, while Shakhtar or Napoli will end up in second. Ukrainians have a three-point lead, but will play the English team, so Napoli are not out of the Champions League just yet. However, as good a team they are, Napoli are not really doing their best in this competition and by the time February comes, they might be caught up in an all-consuming battle for the Serie A title.

Group G is a unique one. Besiktas secured top spot when no one really expected them to do so. Porto and Leipzig both have seven points and better head-to-head result. Therefore, the German side will have to hope Porto lose points against the eliminated Monaco side. Any of the two teams should be a nice opposition for the round of 16. 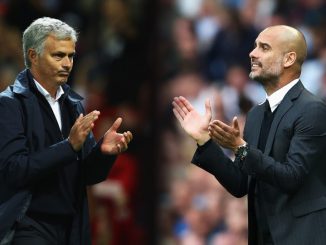 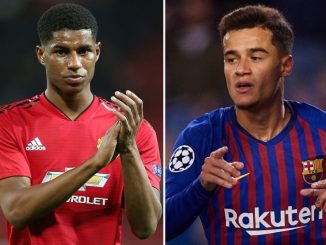