Manchester United could not enter the international break on a positive note, as they lost 0-1 against Chelsea this past Sunday. With the result, The Red Devils are now eight points behind Manchester City on the Premier League title race. And most of the blame in the result has been directed to the defensive work against The Blues, including the work of David De Gea.

The three-man centre-back line of Eric Bailly, Chris Smalling and Phil Jones did not have a good outing. And even though De Gea did what he could to avoid the loss, United’s newest defeat once again kicked off the transfer rumours of the Spaniard leaving the Old Trafford side to join Real Madrid next summer. Let’s remember De Gea was seconds away from joining Los Merengues, but the transfer wasn’t processed.

The rumours are flying once again, and it would not be the worst thing to start preparing in case De Gea ends up leaving. With that in mind, what should United do in case the Spaniard leaves the team in the near future?

Which Players Could Emerge As Potential Replacements For De Gea?

It’s clear United would need to replace De Gea with a world-class replacement. However, there aren’t many goalkeepers that could fit into that criteria. Jan Oblak and Hugo Lloris could be alternatives, and Manuel Neuer is not likely to leave Bayern Munich any time soon. But another name that could be worth considering is Gianluigi Donnarumma.

The AC Milan star goalkeeper is the youngest of the bunch. However, that would probably making quite expensive, and it wouldn’t be crazy to imagine Milan asking something close to $100 million solely to start negotiations. Goalkeepers like Donnarumma do not grow on trees. And it’s understandable if Milan do not want to part ways with their star shot-stopper.

On the other hand, both Oblak and Lloris have far more experienced. Oblak was the starting goalkeeper of Atletico Madrid in the team’s most recent UEFA Champions League Final, while Lloris has been the first-choice starter for both Tottenham Hotspur and France for the past few years. Both are good enough to start for Manchester United as well.

Who Fits Better Within The Team’s Timeline?

If we take a look at United’s core, most players are in the range of 23-25 years old. Names such as Romelu Lukaku, Eric Bailly, and Paul Pogba are very young, and the ideal scenario would be to add a goalkeeper that fits with them age-wise. De Gea is 26, so he obviously fits that timeline as well. Lloris is a bit older at 30, Oblak is 24, and Donnarumma is just 18. Obviously the latter would be the best option, but Oblak could become a solid addition as well.

There would have to happen lots of things to see De Gea leaving United. But there is no question it’s a possibility. And United must plan accordingly because this team NEEDS a world-class goalkeeper to compete for both the Premier League and the UEFA Champions League title in coming years. 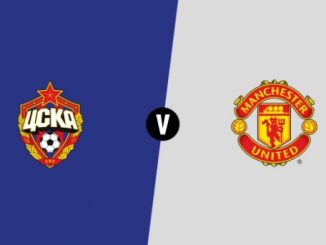 1 Comment on What Should Manchester United Do In Case David De Gea Leaves Next Summer?