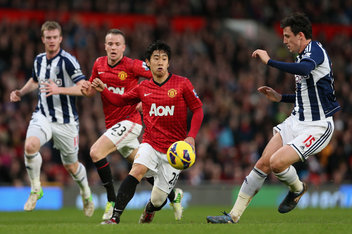 Shinji Kagawa hasn’t found the form that made him a hot property at Dortmund.

Shinji Kagawa is my kind of footballer. He’s small, nippy and all about looking after the ball. I could watch him conduct a game from the middle of the park all day long.

The expectations the moment United signed him from Borussia Dortmund were huge. Here was a player that had been part of the heartbeat of the football hipster’s favourite side in Europe. We had seemingly plucked the biggest gem from Dortmund to build our side around.

So a season and a half into his stay with United, what has gone wrong?

It has been rare to see Kagawa in full flight but then it has also been rare to see him operate in the centre of the pitch with his skills invariably moved to the left side. The choice of Rooney over Kagawa has been criticised by some fans suggesting that we are not making full use of Shinji yet this is also the role he is given for the Japanese national team. On International duty it is Keisuke Honda who operates in the hole so has Kagawa failed to deliver enough even in his ‘wide’ role?

Kagawa’s first season with United was disrupted due to injury but also had a learning curve for both parties, Kagawa was learning to play with United and the United players adapting to a player whose style was very different. It was clearly evident at times that the game was happening around Kagawa with other United players unsure of how to get him involved in the game. The high point of Kagawa’s season came with a virtuoso performance and hat-trick against Norwich City, everything looked set for Shinji to kick on this year.

This season though has been another disrupted one with only minor bright spots in a sea of frustration. A delayed pre-season meant David Moyes felt unable to introduce Kagawa for the first month of the season. Moyes was then trying to find his strongest starting eleven with Kagawa unable to stake a real claim for a place. This coupled with the good form and determination of Moyes to give Rooney a central attacking role meant a prolonged run in the team has never been an option.

It’s a situation similar in ways to when Sir Alex splashed out money on Juan Seba Veron. Here was a clearly talented player who’s role in the team was not truly defined. In Veron’s case he had to compete alongside Scholes and Keane in the last truly great United midfield. The game needed to go through him to be the effective player he could be. The same situation appears to emerging now for Kagawa in the shape of Rooney and now Januzaj. Rooney is currently Moyes’ golden boy and guaranteed a central berth whilst Van Persie’s injury woes mean he is a certain starter.

The emergence of Januzaj has added a further issue to the impact and importance of Kagawa in the United team. Long term it appears Januzaj could be destined for the number 7 shirt and his influence in games has already demanded he be involved in the team. Kagawa has yet to really have that performance yet this season, even the Leverkusen game where he was praised he did not assist in any of the goals whilst Rooney was involved in 4. For all his beautiful play and control of the ball, he has yet to become THE creative player in the team.

obviously the lack of a central midfield for the team has resulted in Kagawa amongst the other attacking players dropping deeper to get the ball but we have still seen others make impact.

Juan Veron was a player who looked like he could be a star for United but competing with one of greatest midfields meant his short time was viewed as a failure. For Kagawa it could be the fact we have no midfield that means we never truly get the best out of him in a United shirt.

If we fail to see Kagawa step up between now and the end of the season, we could see him move on to find a team better suited to bring the best out of him. 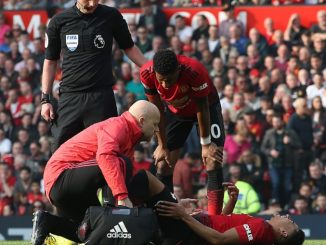 7 Comments on Kagawa Haunted By The Ghost Of Veron?