As the blood trickled down his thigh, and he manfully attempted to stay on his feet, one could say that Wayne Rooney’s career had reached a tipping point. Whereas once the merest hint of an injury to the talismanic forward would have been met with gasps of horror around Old Trafford, on Saturday there was a very different atmosphere. Yes, there was an undoubted sense of worry, but it appeared to stem more from concern over Rooney’s immediate wellbeing, not from a feeling of impending doom for the club though; as now, there is a Dutch safety net, one that Rooney himself has been clamouring for in recent years, in the shape of Robin van Persie. Yet ironically, it may well be that with the granting of Rooney’s wish, comes the dismantling of his own status as Manchester United’s irreplaceable superstar.

It is an irrefutable fact that Rooney’s rapport with the fans has taken a battering since his public admission that he wanted out, that he felt that the club could no longer match his ambition. Once regarded as something of an ‘honorary red’ for his never-say-die enthusiasm, coupled with his working class roots, Rooney managed to extricate himself from this lofty position in one fell swoop. Fans now view him as just another player, not quite as high up the mercenary ladder as part-time golfer Carlos Tevez, but certainly enough rungs above the likes of Neville, Scholes and Giggs to ensure that his legendary status was in jeopardy. Acting on the advice of his trusted agent Paul Stretford probably seemed like the right idea, especially given that in the end he got what he was after, a huge pay rise to place him among the highest earners in world football. But, and this will come as a surprise to many, football isn’t all about money. Loyalty and commitment are the lifeblood of the game, two attributes which Rooney seemed to possess in abundance. Yes, I’m sure that first characteristic will draw chuckles from any Evertonians out there, but there has always been genuineness about Rooney’s desire to further his career. And this public display of disenchantment was quite clearly motivated by a desire for money, and nothing else. There is a right way to handle business, and then there is the way Rooney/Stretford went about it.

Labouring the intricacies of Stretford’s negotiating techniques is futile so long after the event, and whilst he undoubtedly played his part, at the end of it all, Rooney is a grown man able to act of his own accord. So we move on to his actions on the pitch. Last season he performed admirably in a stunted United side which relied more upon a ruthless team unit than any creative sparkle. Although he was nowhere near his best, he enjoyed his most productive season in terms of goals, and began to repair the bridges which he had almost burnt completely in the previous season. Then, however, came Rooney’s Achilles heel – an international tournament. Since bursting onto the global stage with his devastating performances at Euro 2004, Rooney’s international career has never managed to get off the ground. Injury and a loss of temper bookended his first appearance at a World Cup in 2006, and World Cup 2010 was an unmitigated disaster, remembered more for his angry outburst at the travelling fans (alas, the band weren’t mentioned) than any footballing contribution. So Euro 2012 had been billed as his time to shine, to take the international bull by the horns. But his red card in the final qualifier against Montenegro left him unavailable for the opening two matches of the tournament. Not only did this red card affect his chances to leave a lasting impression on his fourth major tournament, it also pre-empted the lethargy of this embryonic campaign. Because Roy Hodgson decided to give Rooney extra time off in order to overcome a troublesome injury, and that decision allowed Rooney a holiday, during which his fitness markedly strayed from its peak level. So when he returned to international duty in the pre-tournament friendly against Belgium, he looked heavy and in need of match practice. Yet he was to be denied that until the third group game, which was weeks away. When Rooney took to the field against the Ukraine, he looked rusty and some way off peak condition, yet he managed to snare the only goal which ensured England’s safe passage to the knockout stage. But he didn’t improve physically and his abject performance against Italy summed up his recent England travails.

Fast forward to this pre-season and Rooney once again looked way off the pace. Now this would be understandable in comparison with the majority of the United squad who had commenced training weeks earlier, but two players who came back at the same time as Rooney, Danny Welbeck and Nani, looked to be as sharp as any. Rooney managed to bag two goals against Hannover, continuing his trait for scoring whilst underperforming in general play. But his performance level reached a new low at his old stomping ground Goodison Park for the opening match of the season. Not only was his usual pace lacking (and if you doubt his speed, watch the run for his first at the Emirates a couple of seasons back) but he didn’t even appear up for the physical battle, constantly ceding possession in the face of pressing midfielders. His performance was enough to earn the wrath of Sir Alex, and ensured that Rooney had the best seat in the house for Saturday’s game against Fulham. He also appeared to receive an indirect mention in the manager’s programme notes, as he spoke of potentially selling a big-name player if he saw the situation worthy of such drastic action.

Now all of this would suggest that this is a player on the wane who would be happily moved on, but that is not the case. Whenever asked on Twitter or by friends over the last two years whether I would sell Rooney if the money was right, I have always replied no. Rooney is a player who undoubtedly possesses the ability to be one of the best in the world, and now that Didier Drogba has left the league, I would describe him as the best all-round striker in the division. The caveat is that these statements are only true when Rooney is fully fit, and 100% focussed. I can’t think of another player I have seen who so regularly fluctuates between performances of genuine class and those more likely to be put in by a hungover Sunday-league player. He will never reach the levels of Lionel Messi, who is a freak of nature, the like of which may never be seen again. Neither will Rooney scale the heights of Cristiano Ronaldo, whose dedication to his physical form ensures that he is able to even be mentioned in the same sentence as Messi. Yet Rooney still has time on his side to ensure that he goes down as the greatest English player of all time, and break Sir Bobby Charlton’s longstanding goal scoring records for both club and country. For the power is in his hands, because a fit and firing Wayne Rooney is a sight of beauty for those on his side, and one to trawl the nightmares of his rivals. Rebuilding his connection with the United faithful may take a while longer, but he only needs to look at two of his teammates and their fortunes to see that times change. Fellow Scouser Steven Gerrard once held the fairly understandable view that Jose Mourinho’s Chelsea would provide him more trophy-winning opportunities than anything his beloved Liverpool could offer, yet he had a dramatic u-turn and has now retaken his place as the darling of the Kop, only superseded in their estimations by a once great player and manager, now not great at either, Kenny Dalglish. Closer to home, Ryan Giggs suffered the ignominy of being booed at Old Trafford during a poor spell in the 2002/2003 season. Now he only has to leisurely stroll over to take a corner in order to receive a standing ovation.

So Rooney can manage his destiny. He could easily drop down the pecking order at United and be sold next summer for a hefty sum, but he has an even easier option, and that it is to ingrain his standing in Manchester United folklore by utilising his greatest attributes, his intense desire for personal success and his god-given talent. 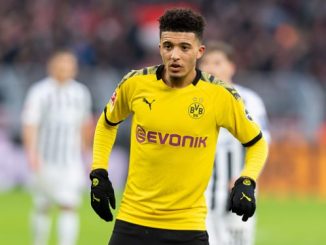 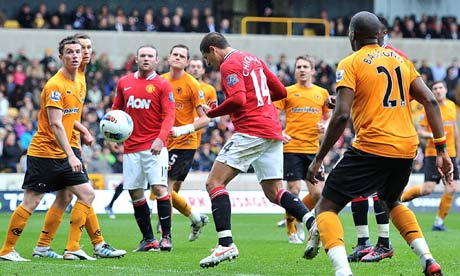 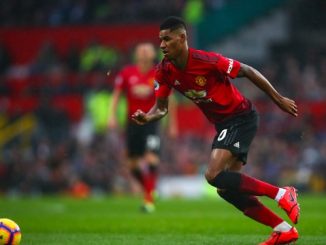