Top football magazine, FourFourTwo, have produced a quality article in their November edition that examines the player vs. club issue and where the power lies – you can’t miss the issue as it has Cantona’s face with graying beard on the front cover. We’re always reminded that ‘players wouldn’t get away with that in my day’ or ‘he’d get a clip round the ear and spend some times in the ressies’ when analysing the behaviour of some of today’s players – but does the power really lie with the player or do the clubs have more of say?

Ronaldo, Barry, Adebayor, Villa, Santi Cazorla, Lampard and Robinho are all featured in the article – which is interesting, considering that, of the players mentioned, only Robinho managed to move clubs on deadline day. Of course Tottenham would add Berbatov and Keane to that list, which would obviously flaw the point i’m trying to make – but out of the players mentioned only the Brazilian decided to jump ship and sign for Citeh on deadline day. Does this now mean that even with the Bosman ruling and the Webster ruling that clubs have the power? 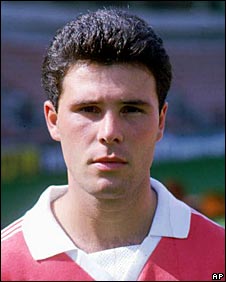 ‘Uri Geller would change the face of football forever’

Yes, we live in a football society where it seems for the top footballers, money is no object. Cristiano Ronaldo can easily command a mammoth £120,000 a week salary – which some people find amazing.

One person that wouldn’t find this extortionate (well maybe the sum for his day and age but in terms of ability being rewarded – he’d appreciate this) is former Red Billy Meredith, who in his day was the first footballing superstar. Meredith fought toothpick and nail to scrap the maximum wage that was forced upon footballers in those days – with the authorities labeling him greedy and a rebel. Meredith was in fact neither – just a player who wanted to be rewarded for his superior footballing talent. Why should he not be rewarded for training harder (in his own words) and being blessed with more naturally ability than the players of his time (not his own words)? In a sense I agree. Why should Ronaldo or Rooney be restricted in terms of how much they earn? Yes, they’ll be the argument that money then dictates where a player will end up. As we well know Ronaldo’s ‘childhood dream’ was to play at Real Madrid – so if there was a wage cap – I doubt he would still be at the club.

The article reveals that ‘Ronaldo and Robinho were exactly the same, only Robinho had the bottle to force a move’. Although, according to everyone’s favourite spokesperson – Pele, Robinho was at at the end of his tether to leave Real Madrid after the way the Spanish Champions had used Robinho in open transfer negotiations of our number 7. Let’s not beat around the bush – Robinho would have signed for Union Niederkappel as long as he got out of Madrid. Citeh have a ton of money and as shown by a mediocre side in Chelsea – money can help you in your quest for silverware. I’m not saying that money is the only resource needed to challenge for honours – not at all, but it does help massively towards achiving that goal.

Would Chelsea had of signed Essien for £24Million? Or Drogba for roughly the same amount? No of course not – this leads again to the point that rich clubs hold the cards over the players – they do not always get their own way as the media sometimes make out.

Robinho (aided by Maradona for some reason):’I’m so pleased to sign for Chelsea..NO!..Arsenal…NO!…Milan….NO!..Wait a second..

Manchester United stood strong over Ronaldo in the summer – a testament to the manager – who would not be bullied into submission; like there was any other outcome. This story has been discussed to death – but the importance of the fact that Fergie kept Madrid at bay, highlights that players don’t always get their own way. Ronaldo could have, if he’d have done a Robinho, ruined his reputation entirely – without getting any reward.

Its a bit different over at Arsenal and Chelsea where it looks like there was a share of power over the summer. Both Adebayor and Lampard flirted with the idea of moving away from their clubs and both were rewarded with handsome contracts. In this case are all parties happy? Well, nearly all expect for Barcelona and Inter Milan.

Gareth Barry’s situation aswell showed how much power the clubs have. Liverpool felt that Barry would go to them for a knock down fee due to unsettling the player but O’Neill stood strong and gave the attitude: ‘He can leave – for this price’. Obviously Benitez didn’t fancy forking out the £18Million for the ex-Villa captain and thus left it be.

I’m sure i’m due some criticism in brining up transfer rumours that everyone is sick of from the summer. The important thing though to remember is that although it is the clubs that, well in most cases over the summer, hold the cards – the players are deeply concerned by their reputation which is ultimately created and destroyed by the fans. We help to create heroes and unmask villains dependent on how they leave the club and in what circumstances they conduct themselves afterwards.

Are they welcomed back to the club with open arms, old songs chanting around the ground OR do they endure the barrage of abuse that will ultimately come their way? Ronaldo was very smart in not handing in a transfer request as he knew that his reputation could be destroyed in a matter of days. Robinho on the other hand was always classified as a talented player but was not a first team regular for Real Madrid in his time he spent with club. No doubt talented, the fee paid by Citeh for him was astonishing and faced the fact that every player has their price and that clubs do hold the cards; well nearly all clubs. 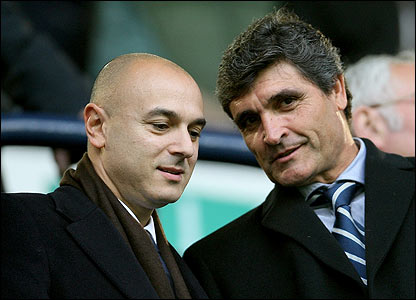 ‘So Daniel, where do you stand on who holds the power?’