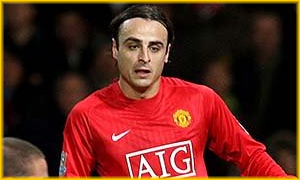 Champions Manchester United cantered to a 2-0 win over West Ham thanks to a first half Cristiano Ronaldo double.

The set of events, which seemed eerily similar to last season, saw United race into an early 2-0 lead with the Portguese wizard scoring both, then taking their foot off the gas. Brazilian Anderson was at the heart of both of moves – first, playing to Nani whose cross was sidefooted in by Ronaldo, then, passing to Berbatov, who performed an exquisite piece of skill (the kind of which he was bought for) to beat the defender on the byline before playing in for Ronaldo to tap in.

More could and arguably should have been added to the scoreline – impressive performances were there to be seen all over the pitch, from the ever improving Rafael, to the restored confidence of Ferdinand, through to the growing and understated composure of Fletcher, the commandeering midfield run of Anderson and the improving in Nani. In the number 17, in particular, a massive change seems to have taken place in recent times and performances, and his display against the Hammers was one of his best in a Red Devils shirt.

Berbatov combined with Tevez in the second half, with the Argentinian following in the Bulgarian’s footsteps by outrageously flicking the ball round his marker, but a horde of defenders muscled him out when he closed in on goal.

Michael Carrick and Wayne Rooney were brought on with 20 minutes to go and Rooney was typically all action but perhaps not so typically all for goal (though perhaps understandably, given he was chasing his 100th career goal) – firing in 3 shots from distance within 6 minutes of introduction, though his as ever superb work rate compensated for what some would call his greed.