Manchester United are riding another winning streak at the Premier League level, and have won their last three EPL matches following a huge win over Watford earlier this week. The Red Devils will try to extend their positive run this next Saturday, as they will take on a red-hot Arsenal team that has been nearly unstoppable at home. The game starts at 17:30 BST, and Andre Marriner will be the referee.

Manchester United are in pretty good form at the moment when it comes to injuries. However, they are not at full strength and there could be a few absentees.

Michael Carrick and Phil Jones will be out of the game. Eric Bailly is out as well, as the Ivorian has missed the past four contests. And to make things more complicated, both Nemanja Matic and Marouane Fellaini are doubtful. The Belgian missed this past Tuesday match vs Watford with an injury, while the Serbian was subbed off from that game during the second half. Jose Mourinho confirmed the former Chelsea star will require a late-fitness test to determine his availability.

On the other hand, Arsenal do not know if they will count with Alexis Sanchez. The Chilean winger scored a goal against Huddersfield earlier this week, but he left the contest with an injury and his availability has not been announced yet. Alexandre Lacazette won’t be available either due to a groin problem, and Santi Cazorla remains on the sidelines with an ankle problem.

Manchester United currently sit in second place of the English Premier League standings and even though they are a bit far from Manchester City in the title race, there is no question they are on the right path thanks to their current three-game winning streak. Even though the opposition – Newcastle, Brighton and Watford – has not exactly been tough, winning against smaller sides is something tougher than defeating a top team. And United have proven they can win the game they have to win in order to remain alive on the title race. Their away form could be better, though. The Red Devils register three losses and just two wins in their past five away games across all competitions.

Meanwhile, Arsenal struggled at the beginning of the season but they have shown signs of life in recent weeks. They are coming off a huge 5-0 win over Huddersfield, and their home form during the current campaign has been excellent. Furthermore, The Gunners are yet to lose when playing at Emirates Stadium across all competitions. They have also won their seven EPL matches, and have kept clean sheets in their past two. There’s no way to sugarcoat it; they have been excellent at home.

It is worth noting that Arsenal have a slight supremacy when it comes to their recent record against United, since they have won the past two meetings at Emirates Stadium. They have just one defeat in their past five games vs Manchester United at home as well.

Manchester United are riding a three-game winning streak following their victories against Newcastle, Brighton, and Watford. But their away form has not been very convincing, and the team has struggled against top teams of late with a draw against Liverpool and a defeat against Chelsea. Considering this will  be an away game and with upcoming games against CSKA Moscow and Manchester City on the horizon, I see Mourinho trying to sit back and avoid unneccesary risks. So I believe a draw would be the most likely outcome. 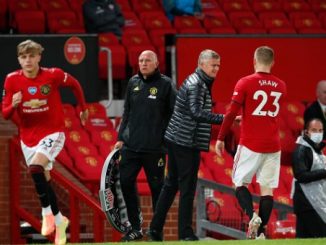 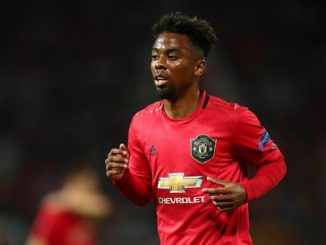