There has been a lot of speculation about David De Gea over the past few months. The Spaniard could leave Manchester United in the near future, and fans are definitively worried about who might guard the posts if the Spanish star leaves the club any time soon.

This shouldn’t be a problem anymore, though. On Sunday, Sergio Romero agreed to a four-year contract extension with the team, meaning he will remain with the side until June 2021. He would have been a free agent after the upcoming season. So now Manchester United have two quality two goalkeepers, plus prospect Joel Pereira to man the posts during the upcoming campaign.

As one would have expected, Romero is pretty happy to remain with the team for the foreseeable future.

“I am delighted to have signed a new contract,” Romero told United’s official website. “Who wouldn’t want to be at the biggest club in the world? We have great goalkeepers here and we are always learning from each other. Of course, it was a very proud moment for me and my family to be part of the Europa League final, and I am looking forward to helping the team build on last season’s success in 2017/18.”

United manager Jose Mourinho is certainly happy as well. He did not waste time to praise the Argentina international, and praised him according to the club’s website. “Sergio is a great goalkeeper and professional. He had a good season and outstanding performances, especially in our Europa League success. Sergio deserves his contract, and for Manchester United to have Sergio and David is amazing in such an important role.”

Romero has 28 appearances for the club to date. And the 30-year-old is undoubtedly one of the top backup goalkeepers in the Premier League. He proved the team can count on him when needed last season, and he is the perfect insurance policy in case De Gea decides to love in the future.

This might not be the massive bomb fans have been waiting for in the transfer market. However, this is the exact move big clubs make to maintain continuity on their squads. 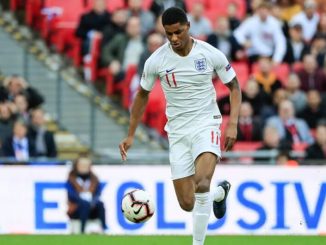