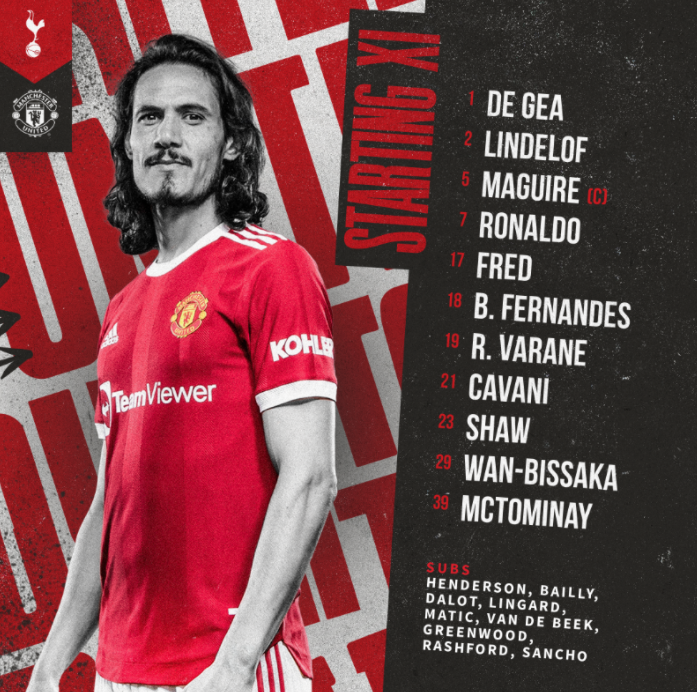 Manchester United are ready to bounce back after a disastrous last weekend. Tottenham Hotspur are the opponents Ole Gunnar Solskjaer will try to beat with this team he announced and it is a changed one. The most important part of it is that United start in a much different 3-5-2 system, with Lindelof, Maguire and Raphael Varane all starting in the back three. Central midfield is made up of McTominay and Fred, with Bruno Fernandes slightly ahead of them, while Aaron Wan-Bissaka and Luke Shaw will be the wing-backs. United do not use wingers today, as Edinson Cavani and Cristiano Ronaldo both start as old school strikers.