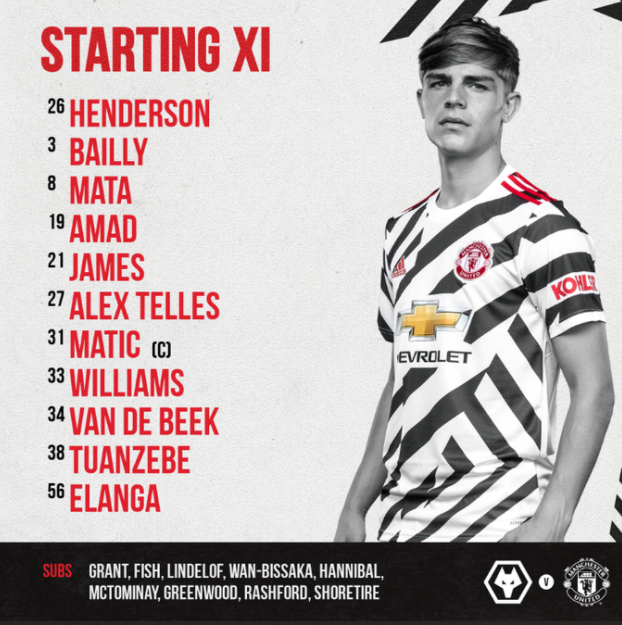 Manchester United are ready for the final day of the Premier League campaign! The league runners-up are changing things for this one, in order to rest the squad for the Europa League final on Wednesday against Villarreal. Ole Gunnar Solskjaer has decided to to get a completely different XI on the pitch. Dean Henderson in goal probably means David de Gea will be the goalkeeper in Gdansk, while the back four is made of Brandon Williams, Eric Bailly, Axel Tuanzebe and Alex Telles.

Central midfield partnership is reserved for Donny van de Beek and Nemanja Matic, while Juan Mata is in front of them in the number 10 role. Anthony Elanga gets his chance on the right wing, while Dan James is on the left. The only striker is Amad Diallo. Let’s see what these boys can do!