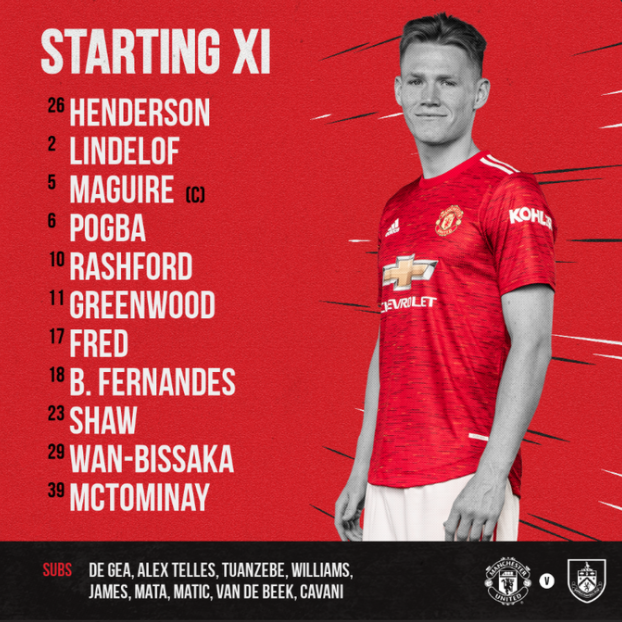 Manchester United have done well in Europa League this midweek and now it is time for them to continue their winning streak in the Premier League. The Red Devils are hosting Burnley and this is the team that will try and get us new three points. Ole Gunnar Solskjaer shows once again that Dean Henderson is his preffered choice in goal, Victor Lindelof plays alongside Harry Maguire in the usual back four with Shaw and Wan-Bissaka as full-backs.

Fred and Scott McTominay operate in front of defence, with Paul Pogba once more getting his licence on the left flank. Marcus Rashford is on the right, while Bruno Fernandes is behind Mason Greenwood, not Edinson Cavani.