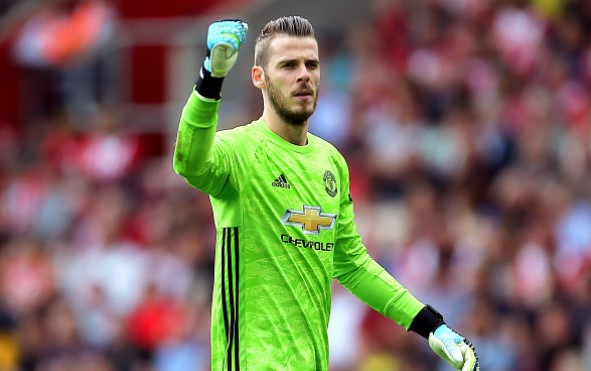 Manchester United have finished the 2019-20 season and now the 2020-21 campaign is getting closer. But before we get into looking at our team ahead of a new campaign and expectations for that one, we will make a final look back at everything worth remembering from the previous season. It was a very long and odd one, but in the end, we could say it was somewhat successful, despite no trophies to show. It was also the third campaign in a row for Man United in which there were no trophies won.

But now we will be making a look at how each of four of our lines did throughout the campaign. The transfer rumours are in full swing, that is correct, but let’s take a look back at how our goalkeepers, defenders, midfielders and forwards did. Maybe that will offer us even more food for thought about how Manchester United can improve in the season to come.

This was not a great year for David De Gea. The 2018-19 campaign was already worse than those previous ones when he was Man United’s by far the best and important player. And that tells a lot about the squads the Devils had at the time. But this season brought some serious doubts whether David De Gea deserves to be the number one choice goalkeeper in years to come. There were big mistakes and unexplicable decisions that led to conceding goals and destabilising the players in front of him. Sure, it was not so catastrophic that De Gea was dreadful and did not have his great days. Because he did have them

According to Statsbomb and FBRef, De Gea conceded 36 goals when he was expected to concede 37.5 on average. Whilst that is better than expected in those underlying metrics, it is still just above the average. And Man United are not used to seeing average from De Gea. Hopefully this coming season will see him get back to his best.

Sergio Romero did not play that much this season and that was to be expected. He was Man United’s first choice goalkeeper in the Europa League, at least in all of the matches apart from the last one. Romero was not in goal for United against Inter in that fateful semifinal, when the Spanish side won 2-1.

The Argentine was once again a very reliable second-choice goalkeeper, probably the best in the entire Premier League in that role.  Romero made 17 appearances in total – nine in the Europa League, five in FA Cup and three in League Cup. He only conceded five goals in the proces, keeping 12 clean sheets and never conceding more than one goal in a single match.

Of course, these matches were not always against the toughest oppositions, but when he was called up to be in goal, he was truly reliable. It will be interesting to see what the future holds for him now that Man United could keep Dean Henderson at the club.

Henderson did incredibly well for Sheffield United in the past two years and now, after signing a new contract with Man United, he could be challenging this duo of great goalkeepers.