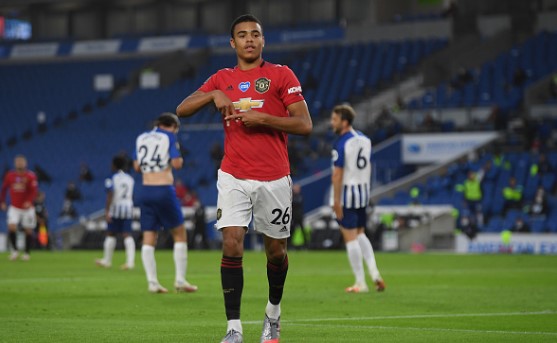 Manchester United won their third consecutive Premier League match with a margin of three goals, but this time it was a 5-2 victory rather than a 3-0 they had against Sheffield United and Brighton. Bournemouth are clearly a side that should not be a huge threat to a team of United’s qualities, but they did manage to score from those opportunities that were provided.

Man United on the other hand had a great goalscoring day and Ole Gunnar Solskjaer will be pleased with his players firing from all cylinders. Yesterday we spoke about four things we learned from watching the match, this time here are three things we have noticed after more closely talking a look at numbers.

Usually here we write about expected goals and the value of using these numbers moderately, after watching the game itself. And one thing is clear and unsurprising – expected goals of Man United and Bournemouth were much closer than the number of goals they actually scored. That is unsurprising, since this was a match that had a real festival of beautiful goals. And beautiful goals usually are those that are hard to score and when something is hard to score, it is only logical that it will have a low xG value.

Man United had 2.63 and scored five, Bournemouth had 1.52 and scored two. But the Devils had a beautiful free-kick, two strong shots from Greenwood and a stunner from Anthony Martial. It is really good when your team has a day like United had theirs on Saturday.

We have to talk about one incredible thing – Mason Greenwood’s shooting! This youngster has been on fire this season and numbers are telling the same story. He scored eight Premier League goals this season, but his expected goals suggest usually you would expect an average player to score 3.11 goals. That is a huge difference, especially since Greenwood has played just 897 minutes in the league, basically ten full matches.

All of his eight goals came from open play too and all of that with just 34 shots made this season. Almost one shot in four turns out to be a goal for Greenwood. Sure, this is still a small sample and it is an unsustainable kind of goalscoring form, but Greenwood’s shooting masterclass is really something we have seen this season. Hopefully he keeps overperforming these numbers and prove that he is Man United’s next big thing.

Pogba And Fernandes Create From Deep

Paul Pogba and Bruno Fernandes both had good games on Saturday and it was great to see both of them create chances. Whilst Bournemouth themselves created three altogether, these two players combined for eight key passes. Bruno had five of them, converting two of them into assists, and Pogba added further three.

And not only that. They both created most of their chances from deeper positions, from 30 yards or more from Bournemouth’s goal. They were proactive and eager to try some high risk-high reward passes and that is very valuable quality for every team.