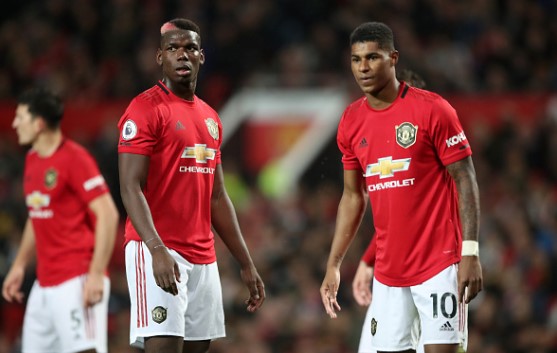 Manchester United’s winning streak is over. The Red Devils were close to completing their fifth consecutive win in the Premier League, but they failed to so after conceding a very late goal. In the end, it was a 2-2 draw against Southampton, in what was a very frantic match at the beginning.

Ole Gunnar Solskjaer’s side went behind early on after Stuart Armstrong converted from Nathan Redmond’s assist. But before they knew it, the Saints were trailing, with Marcus Rashford scoring after 20 minutes of play and Anthony Martial adding a goal following his assist to make it 2-1 three minutes later. In the end, things went south when Michael Obafemi scored the equaliser in the sixth minute of stoppage time, just nine minutes after getting onto the pitch.

Solskjaer Changed Too Much

Manchester United started the match with their now usual starting XI, with Nemanja Matic and Paul Pogba sitting in front of a back four, Bruno Fernandes playing behind Martial and with Rashford and Mason Greenwood to his sides. And they managed to get in control of the game, to make it 2-1 after going down early on. United were dictating things, albeit not really having a bigger lead. But then Solskjaer decided to refresh his side and change things around, probably to keep his main stars fresh.

Off went Pogba and Fred came on, resulting in United having problems to bring the ball forward, before Scott McTominay entered instead of Bruno Fernandes, to keep things tight. It felt pragmatic to do, but it backfired in the end – United did not record a single shot on target in the second half, Southampton had more chances and the Devils were struggling in possession.

Despite all that, we have seen just how excellent Anthony Martial has been once again. In the space of three minutes he managed to avenge his early opportunity he squandered. It was one on one he failed to score from, but he managed to get his anger to work for him. First he set up a goal for Rashford from an amazing piece of hold-up play and then he found himself in his second chance of the match. This time he was more composed, smashing the ball in the net to give United a 2-1 lead.

Manchester United could have problems at left-back for their next match. The Devils finished this round of matches on Monday and they will be back in action as early as Thursday, but Solskjaer could have a headache in this position. Luke Shaw went off witn an ankle injury that has been troubling him throughout his career and then it was Brandon Williams who got injured.

He had a clash of heads late into the game and it remains unknown if he will be able to play on Thursday. Solskjaer might have to find some odd solutions for that game…

This is not a too big of a deal for United. Sure, two points late into the season have been dropped, but they are still holding everything in their hands. Still, it is a fact Obafemi’s goal is making things more difficult. United would have been third had he not scored, but now they are still in fifth, level on points with Leicester City.

Man United must be careful, but the Champions League spots are still there for taking.