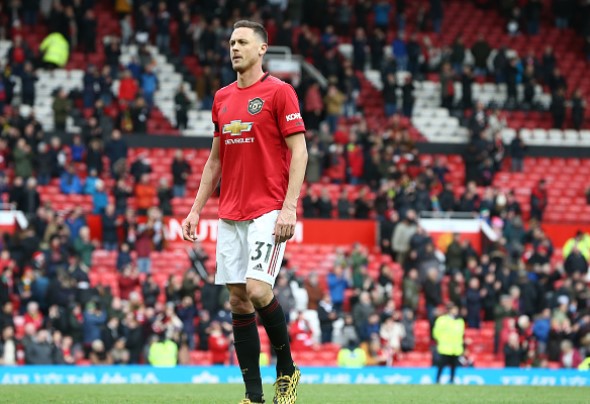 Manchester United were unable to win their third consecutive Premier League match, after only getting a 1-1 draw at Goodison Park on Sunday. The afternoon started horrifically, as David De Gea’s blunder gave the lead to Everton, with Calvert-Lewin scoring by blocking the Spaniard’s attempted long ball. Bruno Fernandes scored another goal this week, to make it 1-1, from the outside of the box.

After that, Everton had a goal disallowed by VAR, and correctly so, whilst Gylfi Sigurdsson also hit the post from a free-kick.

De Gea Is Far From The Goalkeeper He Was

This was obvious to most people in the past year, but today we got another big confirmation of this. David De Gea is not the reliant goalkeeper he used to be, he is now more of a liability. Since his early days at Old Trafford, when Sir Alex Ferguson had just brought him, De Gea has never been so insecure and disoriented. His mistake today was a truly big one, as there was absolutely no reason for him not to get the ball safely to one of his teammates. The lack of focus was painful in that situation.

Bruno Fernandes scored yet again to equalize the score. His shot from some 20 yards was a good one, beating Jordan Pickford, to continue his goalscoring form. The Portuguese also did a lot of work throughout the match. Just like in previous matches in Man United shirt, he was always asking for the ball, trying to make something happen. He has been by far the best Man United player last month.

Dominic Calvert-Lewin made the most out of that De Gea blunder to score his 13th Premier League goal this season. For a 22-year-old forward in a side like this season’s Everton is truly remarkable and now it seems it will be very hard for Gareth Southgate not to take him to EURO 2020.

With Harry Kane and Marcus Rashford having injury problems and also Calvert-Lewin being so consistent in attack, Southgate must think hard about the possibility of the Everton striker going to the tournament.

We talked a lot recently about how Nemanja Matic has been a different player since he completely recuperated from his niggling injuries. And that was on show once again today. Matic was assured in possession, keeping the ball, but also progressing it forwards. His positioning was good as well and it looks like the Serbian really loves playing with Bruno Fernandes in the team. Which is not surprising!

After David De Gea’s mistake early on, Jordan Pickford managed to return the favour. The England goalkeeper might not be Southgate’s first choice at the Euros, after another poor piece of goalkeeping. Fernandes’ equalizer was a good shot, but not so great that it should not have been saved. Pickford was already closer to his right post, where the ball went in and it was not even that strong for him not to react on time. But still, Pickford was late and United got the goal they needed.