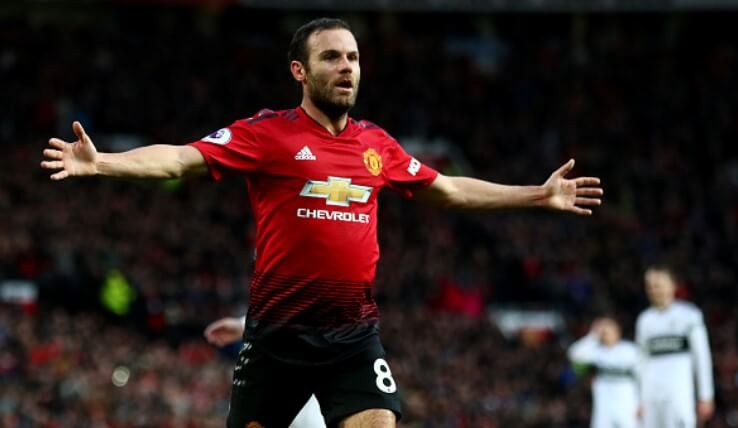 Manchester United are through to the round of 16 of Europa League 2019-20 season, after getting past Club Brugge with a 6-1 aggregate win. The second of the two matches was a brilliant one for Ole Gunnar Solskjaer and his players, finishing 5-0 in what was a memorable performance.

The next team to play United will be LASK, a side you will be able to read more about further down. Talking about Thursday’s beating of Brugge, there are only easy conclusions to be made, as United did everything right and the Belgian side played with 10 men for the bigger part of the match.

Expected Goals As Comfortable As They Get

Recently, expected goals have been telling a positive story for Manchester United in more cases than usual and that was the case once again. After outshoting Brugge 27 to 7, it is no big surprise that United’s xG stood at 3.63, according to Infogol, while the visitors ended up on just 0.58 xG.

Man United had three really good chances and they converted all three of them. Those were Bruno Fernandes’ penalty, Ighalo’s first ever goal in an United shirt from close range and the first of Fred’s two goals. Daniel James also had a good chance in the first half, but did not make it. In the end, that did not matter – United did what they were supposed to. They created plenty of opportunities against a team that had to defend deep.

Mata Gets The Space, Mata Brings The Gifts

One player not many people had talked about on Thursday but completely deserved it is Juan Mata. The Spaniard was often criticized this season for not creating many chances and that was often the case against good Premier League sides. But against Brugge that was not the case.

Mata had the space he needed to operate in, as Deli got sent off quite early on and Mata then made six key passes throughout, the one for Ighalo even becoming an assist. It was great to see him in the mood.

And after all of that and all the talk of a brilliant performance, Man United can turn their attention to the next round. It is round of 16 now, coming in two weeks’ time. Today’s draw for the next round has said it – Manchester United will play LASK from Linz in Austria.

The first match United will play away from home, on 12 March at 17.55 BST and the second leg seven days later at Old Trafford, starting at 20.00 BST.

LASK are a side that should not be underestimated, as much as United will be clear favourites to go through. LASK are having an amazing season, despite getting close to Champions League qualification and then not making it. They got past AZ Alkmaar on Thursday, the team United played against in the group stages. Another important fact is that they are currently sitting atop of Austrian Bundesliga, which is not an easy feat for clubs not named RB Salzburg.

They are hopeful of winning their second league title, but first since 1965!