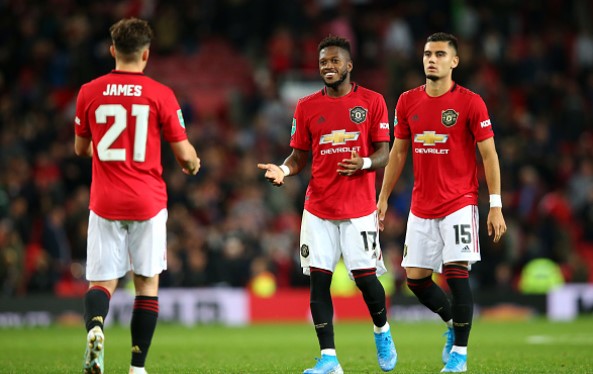 Manchester United keep mounting matches in which they failed to win. They are now at just four – yes, FOUR – wins in 14 Premier League matches. They are one point behind Arsenal after their latest 2-2 draw against Aston Villa.

Yesterday, we mentioned the four things we learned from this match, but now we will touch upon some other ones, mostly based on numbers.

Just when you thought that Manchester United have started scoring goals freely and that things are getting better, you see a difference at the other end. Man United were praised for not allowing a lot of good chances to their opposition, but criticized for not being good enough in front of the goal.

It feels like that is now completely the opposite, as United are currently taking all the chances they are getting and conceding way too easily even when underlying numbers are not so bad. In fact, in their last two Premier League matches, Solskjaer’s team conceded 2.86 expected goals, which is not great considering you are playing Sheffield United and Aston Villa, two newly-promoted sides.

But even with 2.86 xGA, Man United conceded FIVE goals. That is something that needs fixing.

The Spaniard got his place in the starting XI, playing as an attacking midfielder in a classic 4-2-3-1, but he never looked like he was going to change the flow of the game. In his 77 minutes spent on the pitch, he had just 33 touches. He played in the most dangerous area, and the most crowded one, but he too often had to move closer to the halfway and more towards the flanks in order to get the ball. That was both down to him and his teammates, but it was so easy for Aston Villa to defend against Juan Mata.

Midfield Pairing That Offered Nothing

Yes, we mentioned yesterday that Andreas Pereira and Fred did not offer much against Villa and now we will take a closer look. They failed to offer progressiveness towards the attacking players, to put them in positive situations. Fred and Pereira combined just three successful dribbles – which is a decent indicator of not moving the ball up the pitch in possession – but their passing through the lines did not offer that either.

They made a total of just five tackles, with three of them being successful and they lost possession seven times. At times, they had too much of the ball, but did too little with it. It is okay having a lot of the ball in the centre of the park, but considering how much they had it, they did very little.

Working Their Socks Off

That is what Aston Villa were doing. They had less time on the ball, so they had to, but in the end, they were the ones completing three times more tackles than Man United and players like John McGinn and Matt Targett did very well in those circumstances.

The left back succeeded in five out of his six tackles and still managed to pop up further up the pitch quite often, couple of times even coming inwards, closer to Man United’s box.