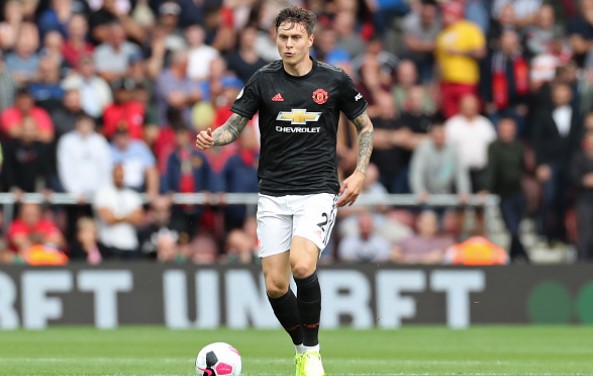 Manchester United have done it! They won the Manchester Derby against Pep Guardiola’s City in a 2-1 victory on Saturday. The match was billed as one that Man City had to win in order to keep the same distance behind the unstoppable Liverpool.

But a mature and spirited performance from Ole Gunnar Solskjaer’s side destroyed that plan to pieces and it is already becoming obvious City will lose their crown and the chance to win it three years in a row, something only Man United did last decade.

No one ever won the Premier League title after being 14 points behind the leader at any point in the season.

The Story Of Expected Goals

It is not a surprise that Manchester United have lost the ‘expected goals battle’, if there is such thing. Man City had xG of 2.07 and Man United were at 1.63 when the match ended. It is not a surprise, because when watching the game, it is obvious that most of City’s chances happen at the time when United have a 2-0 lead. It is normal for Solskjaer’s team to defend more and for Guardiola’s to attack and shoot from all kinds of positions.

United took care of their chances, including the penalty, while City in the end felt a bit unlucky not to score one more goal.

Aaron Wan-Bissaka had a spectacular performance in the Manchester Derby and we said that yesterday after the match. This time, however, we are going to let the numbers tell the story a bit more. Wan-Bissaka made nine tackles, five of which were successful. He made two interceptions, seven clearances and even nine blocks! He also managed to squeeze in a key pass, when Anthony Martial had a shot after 57 minutes of play from outside of the box.

Unbelievable performance from start until the end of the match.

It is an understatement to say that there was a lof of pressure on Man United’s defenders. That was to be expected in this match, against a City side hungry for victories. But in the end, it was the centre-backs who had to deal with a lot of things throughout the match. And that is why Victor Lindelöf and Harry Maguire deserve a lot of praise.

Many people are talking mostly about Wan-Bissaka and Rashford, but it was those two centre-backs that had to fly in to make blocks and clear the ball constantly. Between the two of them, they made 18 clearances and six blocks, making it look as if that was the only thing they were doing in this match. Great to see them not crumble under the pressure.

We spoke yesterday about the fact that Man United had a lot of empty space to run into on the counter attack during that first half. But it is also the fact that Man City’s pressing was incredible for the biggest part of the match. With just 3.74 passes allowed per defensive action in opposition half, it is clear that City were pressing aggressively and that made real problems to United in second half.