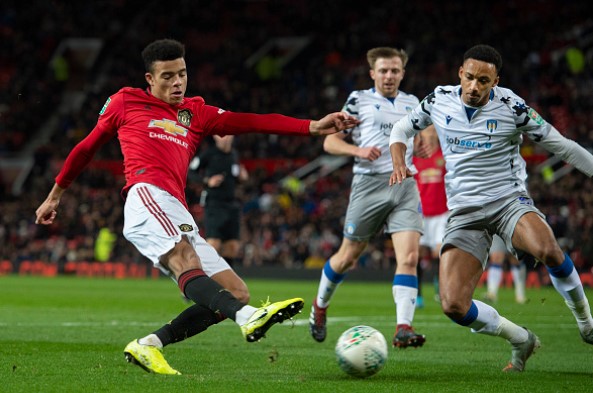 Manchester United have done on Boxing Day what they usually do on Boxing Day. Ole Gunner Solskjaer’s side won comfortably against Newcastle United on Thursday night at Old Trafford. Goals from Anthony Martial, Marcus Rashford and Mason Greenwood gave a 4-1 scoreline after Matty Longstaff’s early goal.

Yesterday we spoke about the things we have learned from the match, but this time we will be talking about some other things, mostly through the prism of numbers. This win means Man United are currently in eighth place halfway through the campaign, with seven wins, seven draws and five losses. Those 28 points are enough to stay at four points away from the fourth place and potential Champions League qualification.

Here are some things we noticed.

As usual, we talk about expected goals. In recent months, you have had a lot of chance to get to know xG in a much better suited way and this metric is really important in trying to figure out what was happening in the match that maybe you did not realise by watching the game.

For example. Martial’s equalizer was a really nice goal that came off of a good combination between him and Andreas Pereira and it was a really good goal the Frenchman had scored. It was also a good chance that the two had created for themselves. Or was it? According to xG, Martial’s shot got the value of 0.04, which is very low, but this could be due to a lot of players being close to or in front of Martial. Anyways, it was a great piece of finishing.

Looking overall, there are some good things to observe. Man United won 4-1 but the xG ratio was 2.00 to 1.05 for the Devils. That is much closer than what the match would let you believe, but then again, it was Greenwood’s goal that was a deflection, too. And also, United had a lot of shots from distance, which have low value. Newcastle’s two big chances early on amounted to almost 1 xG and that is exactly what they had in the end. Man United’s good finishing made the biggest difference.

Mason Greenwood Has His Night

We mentioned yesterday that Greenwood has had a superb game and that his recent performances – four goals in the past five matches – mean that Solskjaer will have to seriously think about giving him a run of matches in the starting lineup.

Talking about numbers, Greenwood was lively and proactive, trying to make things happen. He completed three out of four dribbles he attempted, he made two key passes and got two tackles right out of four. And yeah… That goal too.

Simple metrics, like ball possession, are mostly overrated and do not tell us much about the game, but sometimes they can be useful. In combination with some other numbers, it gives us a good indication. And we know how utterly dominant United were once they scored.

They had 73.3 per cent of ball possession, had made 815 passes to Newcastle’s 295 and also made the visitors make 22 clearances, compared to United’s two. You get the picture.