Manchester United continue to lock down their top players for the foreseeable future. Or at the very least, it seems that’s what they are trying to do.

The Red Devils already extended Anthony Martial, and are holding talks with both David De Gea and Paul Pogba. They are far from over in that process, however. According to a recent report from Gazzetta dello Sport, the Premier League giants are currently in talks with both Jesse Lingard and Victor Lindelof over the possibility of handing them both new contracts as well.

Both Lingard and Lindelof have two years left in their current deals at Old Trafford. However, United want to lock them down as soon as possible. The more long-term deals they can get, the better. Manager Ole Gunnar Solskjaer is clearly thinking towards the future with these moves. Plus, both Lingard and Lindelöf are talented enough to be core pieces for the club moving forward.

Both players have received mixed reviews from pundits and fans alike. However, Lingard has carried Manchester United at times during recent years. The Englishman is an Academy product and is only 26, so he still has time to improve and keep getting better. The quality is certainly there, even if he tends to disappear through prolonged stretches.

Meanwhile, the Swedish centre-back has been on the rise over the past few months. His first season at United was difficult, but he has improved massively over the past 12 months. Now, the Swede has become an integral part of Manchester United’s defensive line next to Harry Maguire. The former Benfica standout is only 25, so he has five or six years left before hitting his prime. If he keeps playing like he has done it over the past 12 months, he could very well United’s best international defender since the Nemanja Vidic days. That’s not a small praise.

Neither player is reportedly close to reaching an agreement for an extension. However, this could very well happen sooner than later. 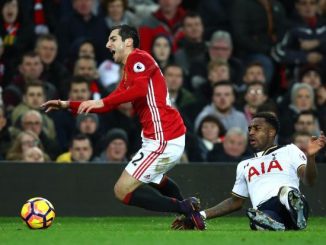