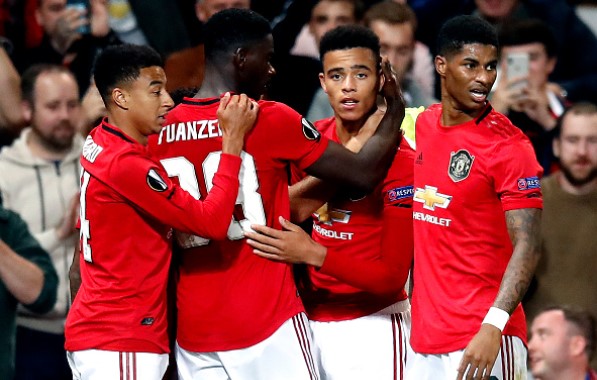 Technically, Manchester United have not won the match, but they did go through to the EFL Cup 4th round after penalty shoot-out in which they managed to see off a brave Rochdale side. The Devils were once again uninspiring and ultimately pathetic, as they could not break down a League One side.

Rochdale maybe lost 6-0 to Peterborough just recently, or maybe they have lost to Manchester City’s under-21 team, but against Man United they did so well they will feel disappointed they could not snatch the victory after the shoot-out.

Mason Greenwood scored for Man United to put them ahead after 68 minutes, before Luke Matheson equalized just eight minutes later. All United players scored their penalties, with Rochdale not converting one of their four and the Devils were through.

Paul Pogba and Fred started in the middle of the park, but did not do much to help the team win the game earlier. Their leadership when surrounded by youngsters was not obvious at all and there was not much that they did going forwards. Pogba had one really good chance that he did not convert, but overall his performance after coming back from injury showed that he is far from his best.

It was disappointing to see the senior players fail to make an impact.

Ole Gunnar Solskjaer decided to give the captain’s armband to Axel Tuanzebe for this match, as he became the youngest player to captain United since 1985. That felt like a statement from the manager – maybe he wanted to show everyone how much he believes in the player, or maybe he want to send a message to his teammates.

Whatever the case might be, it felt like a wrong thing to do. While other senior players were on the pitch, including Paul Pogba and Sergio Romero, Tuanzebe did not feel like the necessary choice. In fact, this game against Rochdale, this was only his second start in almost two and a half years at the club. For a player with so little playing time at United and at just 21, this was a very odd decision by the manager.

Chong Not Making The Best Of His Opportunities

Angel Gomes is slowly getting his minutes, Mason Greenwood already scored twice this season, but Tahith Chong is still struggling in the first team of Manchester United. He played just 60 minutes against Rochdale and unfortunately it was not a surprise.

He was good enough in getting back to help the team defensively, but against a side like Rochdale, that is not a big plus or a huge necessity. In attack, he failed to make any impact on the way United played or to do anything that will potentially change the flow of the game.

Sure, Chong is still young but his performance against Astana was not great either. He seems like the only youngster that started playing under Solskjaer that is struggling. If there is any positive, that is that the Devils are through and Chong might get another chance in the competition.

After the match, it was confirmed Man United will pay a visit to Chelsea at Stamford Bridge in fourth round. The Blues won their match against Grimsby quite comfortably, cruising past them with a 7-1 beating. Michy Batshuayi scored a brace, with players like Reece James and Callum Hudson-Odoi also getting onto the scoresheet.