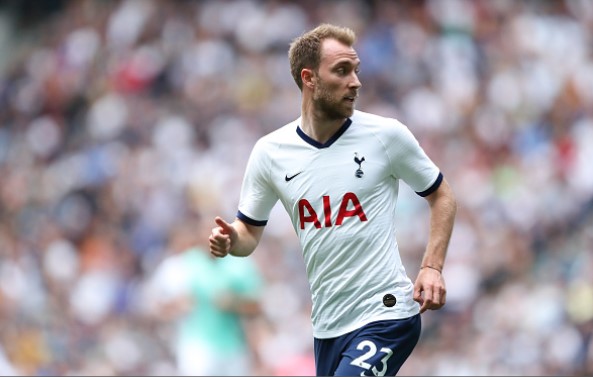 It is the first Tuesday of the international break. Yes, you are correct – that is no fun. There are no league matches around and we are waiting for Thursday, for European qualifiers to return. Maybe there will be 50 matches to watch on TV, but you will genuinely be interested in three or four at best.

That is why today we are talking about a little bit of everything.

Let’s start with a transfer rumour. This had to be done just after the European transfer window had ended, but for a good reason. The name of that reason is Christian Eriksen. Usually, we do not like transfer talks that are so far from an actual transfer window, but this time it makes sense.

Because stories of Manchester United going after Christian Eriksen in the January transfer window may not be true – at least not yet – but going after him would actually make sense for United. There is arguably no player in the league that affects the way his team plays than Eriksen at Tottenham. Those two sides are completely different and we have seen that this season as well.

Eriksen’s contract at Spurs is about to expire on 30 June 2020. Whilst he still might sign a new deal with the club, he could be leaving on a free transfer next summer. So is there any reason why Man United should not bid for him in January? Give Levy the chance to earn at least something on the Danish playmaker, it will anyways be less than his true worth.

United would get an incredible creative player, a type this team lacks. He is also used to playing in system’s where there is a lot of pressing, so why not?

Aaron Wan-Bissaka withdrew from the England squad, due to a back injury. Man United right-back has been called up by Gareth Southgate for the qualifying matches for European Championship 2020, but he will missed them. This means Wan-Bissaka will have to wait for his England debut a bit longer, but if his performances continue to improve at Man United, he will get a new call-up very soon.

And at the end, the news resurfaced about the possibility of English clubs changing their transfer window yet again. The story broke out on Tuesday about Premier League clubs talking about bringing the transfer window back to how it was two years ago. The leading Premier League sides, including Manchester United and Liverpool, are eager to see the summer window moved back as it was until 2017.

This means that the clubs from top flight would be admit they were wrong to change the transfer window in the first place. While the initial idea of having the complete squad set the day before the season starts, and whilst managers liked that, in the end it was wrong to do it. The whole change happened only in England and that was always going to make Premier League clubs vulnerable to other European sides being able to shop until the end of August.