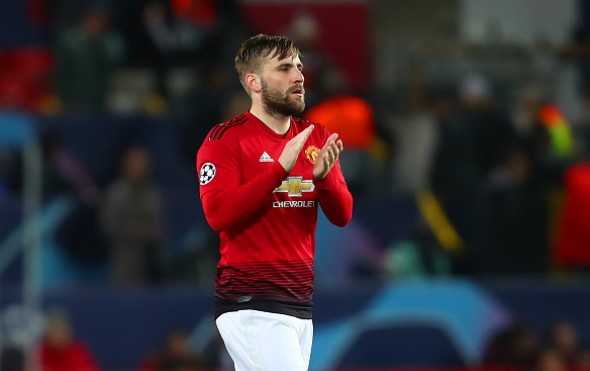 How Predictable Will Man United Become?

Manchester United could become predictable under Ole Gunnar Solskjaer. If there is one thing we should take out from the three Premier League matches we have seen from this team, that would be the biggest worry. Man United have a very thing midfield, both in numbers and quality-wise, they do not have out-and-out strikers, but this is the biggest problem we could see.

Against Chelsea, the Devils were lucky in the first 60 minutes and then they managed to destroy the visitors with a 4-0 beating. But all of the goals came from fast transitions, as Chelsea played with a very high defensive line and a midfield that was too open. They played into Man United’s hands. Wolves and Crystal Palace, on the other hand, did not. Wolves played with three centre-backs, while Palace came to Old Trafford, featuring a 4-5-1 formation. Both systems negated space for Martial, Rashford and others to run into. These matches have shown United’s lack of rhythm and creativity when they have long periods of possession. That was also a problem last season, but so far we have seen it spill into 2019-20, as well.

It is still early days, but Solskjaer needs to find solutions how to make this team remain unpredictable even against deep blocks and tight defences.

Luke Shaw is expected to be out for up to five weeks after sustaining a hamstring injury against Crystal Palace, media around England are reporting. The left-back pulled up shortly after Jordan Ayew’s opening goal and had to be replaced by Ashley Young during the first half of the Saturday match in which the visitors from London won 2-1.

This is not good news for the Devils, as Shaw remains team’s only real left-back, with Ashley Young the only realistic option to replace him during his recuperation. Diogo Dalot is still injured as well, which makes the problem all the more bigger. According to The Daily Mail, scans have shown that Shaw will be out for around five weeks and this would rule him out of United’s upcoming clashes with Southampton, Leicester, West Ham and Arsenal.

With Martial’s possible thigh problems (more on that later), United are having injury issues in those positions where they have the least backup options.

Manchester United won their first match after selling Romelu Lukaku, defeating Chelsea 4-0. Now Inter did the same to Lecce in their first official match since the Belgian’s arrival. The new Nerazzuri signing scored on his debut, making it 3-0 for Inter, converting a tap-in given to him after Lecce’s goalkeeper only managed to push the ball after a tough shot that preceded Lukaku’s. Former Man United striker played well and it looked as if he gelled nicely with his new teammates.

What About Alexis Sanchez?

In the end, what about Alexis Sanchez? Is he going to join Lukaku at Inter or will he stay to try and help the Devils in their quest for Champions League football? The latest reports from Italy are suggesting the wages are still the problem in making the loan happen, as his earnings at Man United are high above what Inter can offer the Chilean. The Guardian reported today that Man United are waiting for scan results on Anthony Martial’s thigh issues and make that an important development in the whole story. If it proves to be something serious, then Sanchez could well stay and fight for his place in Solskjaer’s team.