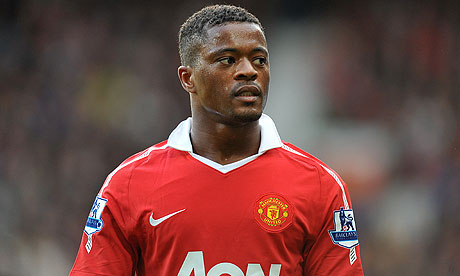 Lukaku Not Travelling To Norway

There are more news about Romelu Lukaku. The Belgian was not included in Manchester United’s squad travelling to Norway, for Tuesday’s match against Kristiansund. This is all happening amidst rumours of Juventus and Inter Milan doing their best to sign the striker and it is obvious that he was kept in Manchester for these reasons. Media in Italy also had some news for all Man United fans in regards to his potential transfer to Serie A.

Gazetta dello Sport are reporting today that Juventus have spoken to Lukaku and are said to have an agreement in principle with the player. That means that the two clubs would now need to strike a deal for the move to happen and Gazetta are also saying Juventus have discussed with Man Untied the possibility of offering Paulo Dybala, in a swap deal, which make all sides happy.

Patrice Evra has ended his footballing career. At the age of 38, the Frenchman born in Dakar, Senegal, decided that it is time to call it a day and focus on new challenges. Evra joined Manchester United in January 2006, the same transfer window in which Nemanja Vidic arrived, which will later become half of the legendary back four of Gary Neville – Vidic – Rio Ferdinand – Evra.

He arrived for just eight million euros and stayed at the club for eight and a half years, until the summer of 2014. During his time at Old Trafford, Evra won (almost) everything there was to win – five Premier League titles, five Community Shields, three League Cups and 2008 Champions League and Club World Cup. The only thing missing in his Man United career was FA Cup, which the Devils when he already left and moved to Juventus.

Maguire Did Not Train With Leicester

Harry Maguire did not train with Leicester City this Monday. The player reportedly called in sick, which made him miss the training, but media are – obviously – speculating about possible ongoings behind the scenes. Those rooting for Maguire’s move to Manchester United, which has been expected for too long now, are saying that this could be the player’s way of telling Leicester he really wants that move.

Maguire made it clear to the club’s board that he wants out, but so far has not made any big, public moves. This could be the first one of such type. With the time running out and transfer window ending in ten days’ time, Maguire might be forced to hand in a transfer request.

L’Equipe are today reporting that Manchester United and Paris Saint-Germain are interested in signing Wissam Ben Yedder from Sevilla, as they contacted the player’s agent. However, these seem to be just ‘recycled’ stories, as there are no new details, just more of a reminding of possibility that the transfer could happen.

Also, it is worth noting many media outlets reported weeks ago that Man United and Ben Yedder have already found an agreement for his move, which would make these rumours inconsistent with those previous ones. This one could just be another ‘big story’ that will not happen.