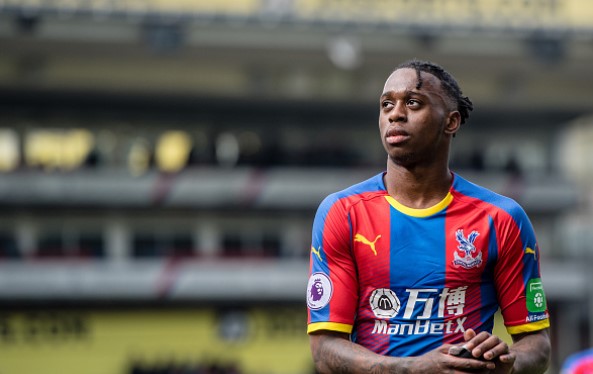 Aaron Wan-Bissaka has been officially announced by Manchester United as their new player. The player spoke to Man United fans about his new challenge and the reasons why he really wanted to come to Old Trafford.

“It’s an unbelievable feeling and an honour to call myself a Manchester United player and something I know that only a small number of players have the privilege to say. I can’t wait to get going and integrated into the squad. I will have a short break now after the European Championships but I’m looking forward to starting training with the manager and my new team-mates on the pre-season tour”, new Man United right-back said.

Ole Gunnar Solskjaer also spoke of the new signing and expectations of him.

“Aaron is one of the best upcoming defenders in the Premier League. He has the right work ethic, talent and mentality to play for United and he fits exactly the type of player that we are looking to bring into the squad to help us improve and push on further”, said the manager.

Rashford Is Getting A Pay Rise

On the other hand, Marcus Rashford is close to signing a new four-year contract with Manchester United worth upwards of £250,000 a week, according to The Telegraph.

The deal will commit the England striker to Old Trafford until June 2023 although it is understood to include the option of a fifth year. United are expected to make an announcement before the club fly to Australia on July 8 for the start of their pre-season tour in what will be a significant coup for manager Ole Gunnar Solskjaer.

Telegraph’s news have made many Man United fans angry. This new contract extension will mean Rashford will be earning £13m per season or £65m across the entirety of the contract. For comparison, Karim Benzema earns £150,000 per week at Real Madrid and we do not even need to mention the differences between the two players or their respective clubs.

Man United seem to be giving pay rises to pretty much all of their players irrespective of whether they actually deserve such big increases in wages. Securing a local youngster is all well and good, but Man United should seriously start thinking about offering players lower base wages and much bigger bonuses based on results.

Copa America quarterfinals are done and now we know the four teams that will fight for the trophy. Argentina will meet Brazil, while Peru will go against reigning champions Chile. On Friday night it was Colombia who fell at the hands of Alexis Sanchez’s Chile, as La Roja keep their chances of winning the third consecutive Copa America. The team that never won the tournament in the first 99 years of its history are now 180 minutes away from the hat-trick.

Sanchez did well in that quarterfinal, that ended 0-0 after 90 minutes and went to penalties. First eight shots in the shoot-out were precise, before William Tesillo did not convert his shot. It was on Alexis to shoot the final penalty and he scored it, to book a semifinal place for Chile. Funnily enough, only Argentina scored two goals in these four matches, as the other three matches ended goalless.