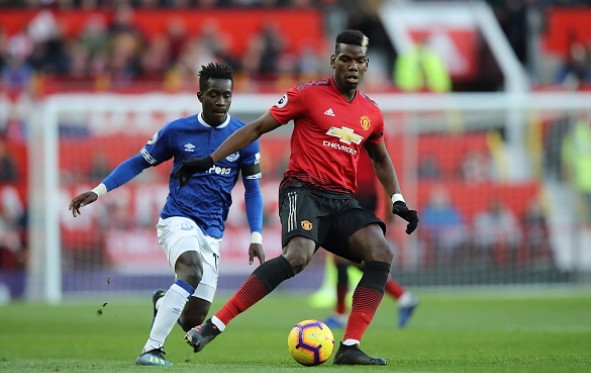 That was the headline of a report at The Guardian today. And when Guardian write about it, you know it has some weight, at least much more than Metro and the Sun. Apparently, the Italian champions have made an initial contact with Man United to see whether they would be interested in selling Paul Pogba this summer. Or reselling. Or whatever the word is when a player switches the two clubs every other year.

But here is the interesting part. It is possible that Juventus would be sending some players to Manchester United, in order to get a more reasonable deal. In fact, that is quite realistic, as Juventus have spent 100 million euros on a 33-year-old Cristiano Ronaldo last summer and Paul Pogba would probably cost more than 89 million pounds the club have paid for him in 2016.

Juventus are still without the coach, after the sacking of Max Allegri and it is unknown in which direction the team will go, but the Old Lady could offer players in return. They are considering giving Man United either Paulo Dybala, Douglas Costa or Alex Sandro as part of the deal. As it stands, things are about to get interesting.

Should Man United Go For Haller?

ESPN claim their sources have revealed to them that Man United are considering to sign Sebastian Haller if Romelu Lukaku leaves this summer. The French is 24 years old and had an amazing season with Eintracht Frankfurt. While Luka Jovic was confirmed as new Real Madrid striker, Haller is still in Germany. But if United really sell Lukaku, they should think about Haller.

The Frenchman is tall and athletic, but also good with the ball at his feet. He can run, he can be part of attacks, not just wait to get on the end of them. His skillset is somewhat unique, mostly because of his height and astuteness with the ball on the ground. Certainly a player to keep an eye on this summer.

What Is Maradona Talking About?

So, Diego Maradona gave an interview to FourFourTwo and it seems like he enjoyed it. The magazine’s official website reported some of the things he had to say about Manchester United and let’s say they were… unconventional.

“If Manchester [United] need a coach, I’m the man to do it,” he said. “I know they sell lots of shirts around the world, but they need to win trophies, too. I can do that for them”, Maradona said, before continuing.

“Manchester United used to be my favourite English team for so long. So many great players and a great team under Alex Ferguson. But now I have to say Man City. I know you shouldn’t change like that but it’s because of Kun [Aguero]. We speak a lot and he plays in a very good team”, said Aguero’s father-in-law.

He also revealed he already has some firm views on United’s team.

Well, that is some analysis. Probably not a really good one to become Man United’s manager. But just probably…