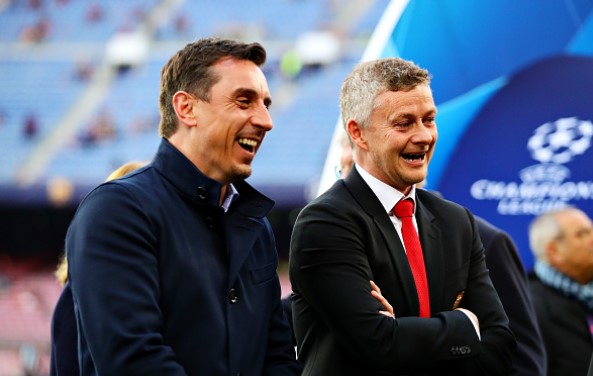 Manchester United are heading towards the season that could become crucial for the next five years. Here are some of the things we believe Man United should be wary of during the upcoming summer.

Appointing Director of Football For The Sake Of it

Manchester United should DEFINITELY appoint Director of Football this summer. As we already mentioned previously, they have been ‘late for that party’ for several years. But appointing DoF just for the sake of having one and creating a false image of ‘doing things properly’ is not what Man United should be doing. With the resources this club have, a good structure is necessary to make the most of it. Simply, Devils have been doing all they could in the past six years to do things the way they should not be done.

Rio Ferdinand and Gary Neville were both mentioned as potential solutions for that position, but the club should look elsewhere. Looking at former players would be only good if we were talking about Edwin van der Sar, someone that has had similar experience at Ajax, working at a club that functions in a very modern way. But that might not be possible.

Therefore, once again there is the feeling that Ed Woodward and the board are once again late. This should have been planned for the past 10 months and the fact that there is still no clue of a direction in which the club will go is telling of the way this club has been operating since 2013.

Man United should be adding big, important signings this summer and also those a bit less important, in terms of creating a squad of greater quality. But signing players without sufficient ‘ceiling’ to grow would be wrong. Players like Daniel James from Swansea have been mentioned in that conversation and Devils should probably pass on him. James is a very interesting young player with a great season in Championship, but six months he was close to signing for Leeds and nothing really points to him becoming a starting right winger at a top six Premier League club.

Also, reports of Solskjaer’s wish of building a new Man United side around Scott McTominay are something that should be avoided. McTominay is a good 22-year-old central midfielder, but he not only does not have defined role in the team, his qualities are not good enough nor there seem to be reasons to believe he could become such a great player. But in terms of having him in the squad and improving him in years to come, that is a completely different story.

And finally, Man United should avoid making another ‘Alexis Sanchez’ transfer. And yes, by that we mean Gareth Bale or a similar transfer. An ageing player that is clearly past his peak and also with very questionable injury proneness should be avoided now more than ever.

Man United still do not know what will they do with Sanchez, who has been expensive, prone to injuries and nothing else than that.