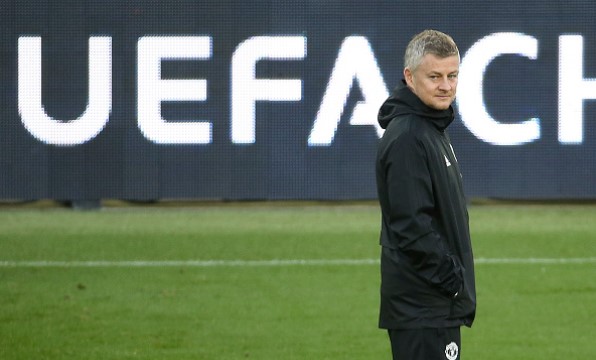 Manchester United are out of the FA Cup. Unfortunately, after an astonishing 3-1 win in Paris, the Devils have gone on a short dip in form, as they have lost consecutive matches. Even though the previous loss to Arsenal could be explained as an unlucky one, due to several great chances squandered, this time it was thoroughly deserved.

Wolves played brilliantly from start to end, doing exactly what they needed in order to get past the Devils. In a 2-1 victory, Nuno Espirito Santo’s team showed they are far from the “newly-promoted team” tag that is usually an indicator of a team being below average. Wolves proved once again they are a fine margin above average, as their quest for Europa League football is now even more realistic.

Here are the things we have learned from the numbers of this match.

We talked yesterday about how Wolves made problems to Man United when they were in possession. Wolves started in a 3-5-2 formation which congested the central area of the pitch. With their discipline and tactical rigour, the hosts were able to make United go sideways for most of the time, unable to get past the central midfield.

And that is where a Portuguese pairing of Joao Moutinho and Ruben Neves made the most of the job. They had great help in Leander Dendoncker, former Man United target, but their part of the job caught even more eye. The duo did great things off the ball, with 13 attempted tackles combined, four interceptions and eight blocks combined as well. And despite all of that, they did have enough of the ball – only United full-backs had more of it – and they made six shots and had nine key passes combined. Two great overall performances from two Portuguese midfielders.

Lack Of Urgency – Lack Of Interceptions

Man United lacked urgency in this match. We wrote about that yesterday, but there is more further proof of that rather than just the eye test. That test would be confirmed by a total of one (yes, you read that right) interception during the 90 minutes of football. Chris Smalling made it high up the pitch and that was it.

Interceptions as such do not offer definitive answers, but when differences are so stark, then they do tend to be an indicator of deeper issues. Man United had just one interception, with Wolves having them 15. Sure, they did have less of the ball than United, but that does not really change much in this case.

There was one thing that was slightly reminiscent of the times under Jose Mourinho, especially in 2018. Man United were often shooting, but seldom from good positions. Throughout the match, there were 11 shots made, eight of them from the outside of the box. One of them was taken from the inside, but it was blocked from a very tight angle on the left, with the other two coming from central areas of the box.

United players tend to do that whenever things are not really going their way. In plenty of matches under Solskjaer, the situation was rather different.