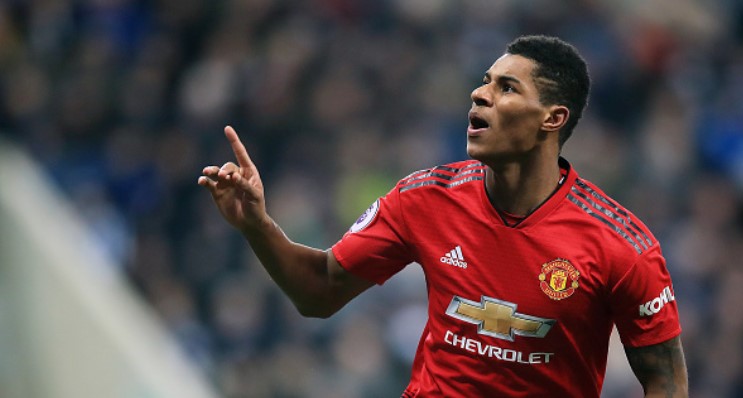 Manchester United are slowly turning their attention to the FA Cup. Their fifth round match will come on Monday and the opposition will be Chelsea. The Devils maybe lost 2-0 at home to PSG in Champions League, but the Blues are those truly hurting now. Their 6-0 debacle at the Etihad is something they will not get over that quickly.

It is another big test for Ole Gunnar Solskjaer, as Liverpool is just around the corner in the league and tough matches are now coming thick and fast. This time we wanted to see how these teams compare when we put them in a combined XI. Trust us, this was the toughest one yet we have made, as the squads are quite different.

It was hard to even choose a formation, let alone players, but this time we opted for a 3-4-3 of sorts.

Always the easiest pick. It is simple. David De Gea is the best goalkeeper in the league and thus he is always in goal. Kepa Arrizabalaga did not have the best time in every match, but his season is not that bad at all. Still, De Gea is our undoubted number one.

We thought that there is more use of three centre-backs rather than a typical back four, mostly because David Luiz is best in such formation and his passing from behind is phenomenal. Lindelöf is United’s best centre-back, while Cesar Azpilicueta is much better and composed when playing in the heart of defence, rather than as a full-back. These three could work very well and give great cover to the attacking minded players

This was the toughest part of the team. We knew we did not want Jorginho, due to having Luiz at the back. Also, having Jorginho with a back three would make no sense. Therefore, N’Golo Kante is in his usual deep role which gets the best out of him, while his fellow countryman Pogba is ahead of him. Marcos Alonso is on the left flank, as he is best as a wing-back, due to many defensive issues he has been showing playing as a left-back.

The right flank was a real puzzle and we will let you decide. Young is more defensive minded of the two, while Pedro can offer great work rate and even move inwards and offer more structural solidity from the mid-right corridor.

That lack of width from Pedro would not hurt much, it would be welcomed actually. Martial would be on that side, which might not be his favourite, but constant interchanging with the other could create havoc. Eden Hazard simply has to be on the left, while we have seen an incredible Marcus Rashford this season. Gonzalo Higuaín might be a better pure goalscorer, but we have not seen much of him at Chelsea and would not be reasonable to put him in this team. All three have great pace and can be creative and adding Pogba to them from behind would be a very interesting, if not slightly odd combination.