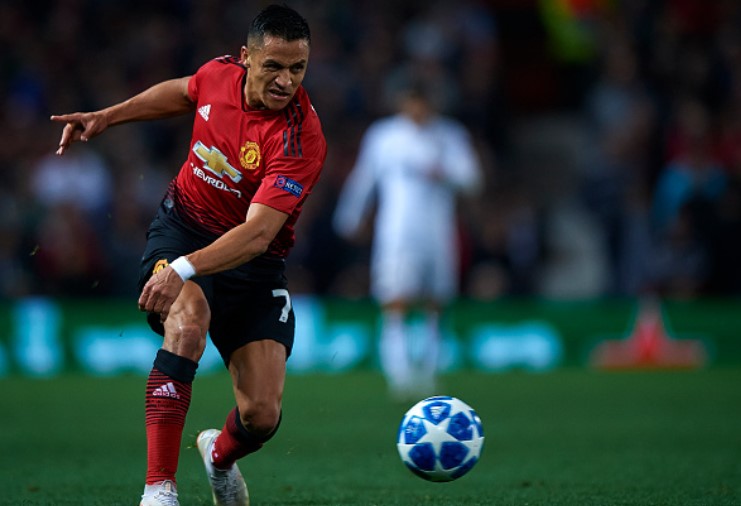 Manchester United are returning to Premier League action this weekend, when they will be taking on Crystal Palace. The London side will travel to Old Trafford in a match Manchester United really need to win, after a comfortable 3-1 beating they took against city rivals two weeks ago.

One of the players that could be incredibly important for Man United’s revival of sorts is Alexis Sanchez. The Chilean is the one who possesses, or at least he used to show that he possesses it, the quality that could truly improve this team. However, ever since joining the club in January from Arsenal, he has not been showing that. Sanchez scored just three Premier League goals in Man United shirt and here we will be looking at all the bad and a rare good thing he has showed so far this season.

Not Playing Much, Not Offering Much

Alexis Sanchez, simply put, is not playing anywhere nearly what he would like to play. Across Premier League and Champions League, he has spent a mere 611 minutes on the pitch, an equivalent of 6.79 full 90-minute matches. All of that after 16 matches the team has played in these competitions.

In that time, Sanchez produced one goal and two assists. That is 0.15 goals per 90 and 0.29 assists per 90, both numbers being far below of what was expected of the Chilean. He is not producing goals and the assists come seldom. Sanchez truly does not seem like a player he used to be at Barcelona and Arsenal, as Jose Mourinho is still unable to get the best out of him.

Sanchez himself has been making 2.4 shots per 90 minutes, which is a bit below average for a player of his caliber. You would expect him to bang those shots from distance more often, but more importantly, he is not getting into great positions to be able to shoot often. Shooting for the sake of shooting would be pointless.

And his accuracy is not great. He had less than 50 percent of his shots go on target, which is not very good. From all of his shots in Premier League, just four came from outside of the box, but that does not tell you the whole story. All of the shots – but one – were coming from tough positions and low-quality chances. The only one that was a slightly better chance, Sanchez converted. It was the header against Newcastle, from six or seven yards in the central area of the Magpies’ box. That really says it all.

While we are at low-quality chances, Sanchez’s 1.11 xG for the whole of Premier League season is far worse than appalling. His average shot value is 0.085 xG per shot, a number so incredibly low that Paul Pogba’s long range shots do not make him look as bad.

But there is one good thing about Sanchez this season. His chance creation. He has been making 2.5 key passes per 90, or setting up 2.5 shots of Man United players per 90 minutes. Those shots do not have to often come from good positions, but it is telling that he is trying to create as much as he can.

Even the 2.4 dispossessions per 90 minutes he is involved in are not as bad when you know he is always trying to make an incisive pass or do something risky that might come off.

Whatever you might think about that, the fact is that Sanchez’s time at United has been dreadful and hopefully things are about to change drastically.