Manchester United’s U.S. pre-season tour has been… controversial, to say the least. Injuries, absences of several players and more disputes than any coach would like have made things difficult for Jose Mourinho. Especially seeing how other competitors – mainly Manchester City and Liverpool – continue to strengthen their sides.

All things considered, The Red Devils have played five friendly matches and on the surface, the numbers are not impressive. They began with three consecutive draws against Club America, San Jose Earthquakes and AC Milan, although they won that match against The Rossoneri on penalties. United also lost 1-4 against Liverpool, a defeat are not going to forget easily even if it was a friendly match. But the team bounced back, and defeated Real Madrid 2-1 the last time. They still have one more game left against Bayern Munich on Sunday before the start of the 2018-19 Premier League season.

Several players have stood out for Manchester United during the tour. For instance, Andreas Pereira and Ander Herrera have emerged as reliable alternatives for the central midfield role, especially after Michael Carrick retired. But one player that has been shining with special light has been Alexis Sanchez. Undoubtedly, the Chilean winger has been United’s best player during the U.S. pre-season tour. Will he carry that momentum into the season?

A rocky start has been overshadowed by his performances

Let’s remember Alexis had his fair share of problems to join the U.S.-based tour. He could not receive a visa so he needed to get a special permit, but once he joined the team, he made a difference. The summer of inactivity – considering Chile did not qualify for the 2018 World Cup – might have been the best thing that could have happened to Alexis in quite a while. For the first time in years, he looks fresh. He looks eager. The desire to compete and carry the team has been noticeable. And most importantly, the results back him up.

Alexis did not score in the first game of the Tour against the Earthquakes, but the press called him “the best player for United” in that match. He would find the back of the net in the next game, though, as he scored United’s only goal in the 1-1 draw against AC Milan.

Sanchez could not do much in the 1-4 defeat against Liverpool, but the whole team struggled there. Alexis would save his best performance for last, however. He put on a one-man show in the 2-1 win over Real Madrid, scoring the first goal and later setting up Ander Herrera’s strike.

Two goals and one assist out of four games is not bad for the Chilean. Especially considering the kind of opposition he went up against.

Only time will tell whether he will remain in this form during the season. But if we use these four games as a benchmark, then Manchester United could be on the verge of seeing the best of Alexis in a red shirt.

And trust me, you don’t want to miss that. 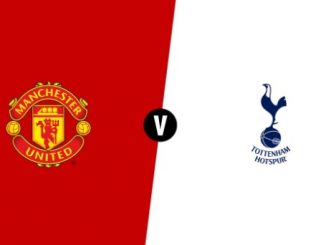 1 Comment on Alexis Sanchez: A Man On A Mission During Manchester United’s Pre-Season