Manchester United fans should start enjoying the days ahead of us once again. After the September international matches, the Premier League is back. A fortnight without Manchester United in competitive action is over and Stoke City await the Reds.

Jose Mourinho’s team will visit Mark Hughes’ side on Saturday in quest for the fourth win of the season in as many Premier League matches. The month ahead of us will see Manchester United play seven matches – four in the national championship, two in the Champions League and one in Carabao Cup.

Manchester United started season in a strong fashion, wining all of their three Premier League matches. They have not conceded a goal either and continuing good form will be of greatest importance. First up is an away game at Stoke, before Everton visit Old Trafford. Next two matches will be Southampton away and Crystal Palace at home.

Should Man United win at least three of these four matches, they will probably still sit comfortably in first place. More importantly, they would set their season on a good path. No early struggles are a very good thing for the whole squad. There is no tension early in the season and confidence grows exponentially.

We should also see if certain players will continue to improve. Henrikh Mkhitaryan has been marvelous for United in August, while Marcus Rashford and Anthony Martial should only continue to alternate on the left wing. Victor Lindelof should get more playing time as well, after his slower introduction to the first team.

For some people, this might be the most interesting Manchester United game in September. The Reds will play Burton Albion in Carabao Cup third round. It should be a great opportunity for Mourinho to change things up a little bit. Man United fans should see other, younger players in action and have a chance to evaluate them a in competitive match.

Players like Axel Tuanzebe and Scott McTominay will try hard to show the boss why they should get more playing time. However, should Mourinho opt for a more experienced XI and rotate less, which could be a strong indicator of things as well. It would mean he will work with a smaller squad, but also it might mean the younger players are still not ready to play more often.

This might not sound like a lot of fun to Man United fans, but we could learn a lot about the team from this game. Manchester United will previously start their Champions League campaign against Basel, but the second round match could be more interesting.

CSKA Moscow are not as strong as they used to be. Also, Man United will not play in Moscow during Russian winter. Therefore, the weather will hardly be a problem. Yet, the long travel to Russia’s capital city comes after a travel to Southampton. Man United will then from England’s south travel to the far east of Europe.

It is also interesting Man United will after a Wednesday match in Moscow play already on Saturday afternoon against Crystal Palace. That might be tricky, but mostly for scheduling reasons, not footballing ones. 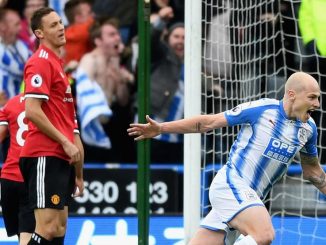