No one doubts Manchester United got off to a great start in the Premier League. Led by Romelu Lukaku’s brace, United debuted with a 4-0 win over West Ham United that propelled them to the top spot in the standings following Matchday 1. However, things change quickly and The Red Devils are not in a position to get complacent. After all, they only won one game and the season is quite long.

That is why United need to change their focus quickly, and their upcoming fixture is not going to be an easy one. United will face Swansea City this next Saturday. And there is no question The Red Devils need to be at their best to continue their (short) winning streak.

With that in mind, here are a few things United should do to exploit Swansea’s defensive weakensses this Saturday.

Press High On The Pitch

United must limit the spaces for Swansea, because the Welsh side has two interesting wingers in Wayne Routledge and Jordan Ayew. But if United play high in the pitch, then Routledge and Ayew are not going to have enough space to threaten. And if United manages to settle in Swansea’s own half, then they would have bigger chance to play near the box. All those things would ease things up for the attacking line.

As we explained above, Swansea can be a threat on the wings. But just like most Premier League sides, they could struggle to find alternative ways to attack. United needs to exploit that. If they press high on the pitch and win the matchups on the wings, then they could dominate the game far quicker than expected.

Antonio Valencia and Matteo Darmian are full of pace, so they should be able to contain the opposing wingers. And if our own wingers settle near the opposing box, that could spell trouble for the Swans. Juan Mata and Marcus Rashford are expected to start based on recent reports, and they have the edge considering the defenders will be Kyle Naughton and Martin Olsson.

Swansea are a team that lacks a creative threat in midfield. Gylfi Sigurdsson leftthe club to join Everton, depleting the team’s midfield even more. There are a few decent players on the squad, but let’s make no mistake here. There’s a reason why Swansea finished 15th in the Premier League last season. And last week they struggled to hold on to a draw against Southampton away.

Leroy Fer and Tom Carroll will start at CM for Swansea, while Leon Britton should stand at DM trying to limit Paul Pogba’s influence. Talent-wise, there’s a clear advantage for The Red Devils here. As long as Herrera and Matic own the middle of the park, Mourinho’s men should be fine. And controlling the pace would go a long way to put United on top on Welsh soil. 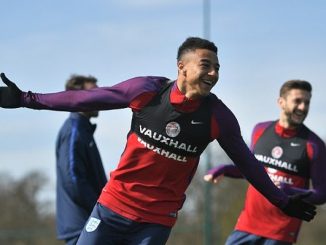 1 Comment on How Can Manchester United Exploit Swansea’s Defensive Weaknesses?