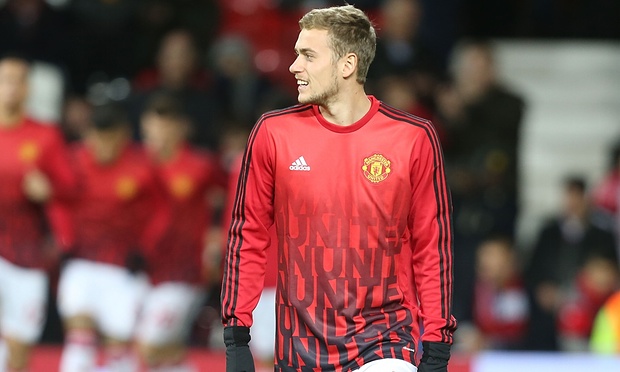 The news of James Wilson’s loan to Brighton was akin to a last minute goal in a game. A quick rewrite was needed to a piece that was pretty much written about how it’s important something happens to him soon so that his career doesn’t start to stall. The premise ultimately remains the same but the loan, a positive move, provides some relief that he remains on the right path.

His story is well-known by now but for those less familiar with his route to the first team, a brief recap…

In a time before Vines and really in the very infancy of social media as we know it today, James Wilson was a scrawny lightning fast forward scoring goals for fun. As a schoolboy at Under-15 and Under-16 level he was never far from the Under-18 side and played for the then Reserves team whilst still 16. Under-18s football was too easy for him, he scored all kinds of goals but notably was simply too quick and lethal for opposition defences and goalkeepers. In the way that say Angel Gomes is already a social media video sensation, Wilson would have been similar. There are countless examples of him picking up the ball 50 yards from goal and simply running past everyone before his trademark rounding of the keeper.

The sole complication in his youth career had been injuries. Many young players, particularly the quick ones, seems to be susceptible to long-term muscular problems. In Wilson’s case, his ankles seems one turn or tackle from another run of months on the sidelines. Injuries still follow him around today, he missed 7 first team games last season and 6 already this campaign. It’s likely that this is linked to playing regularly. The 2013/14 season saw him make 30 appearances on a fairly regular basis across four teams. It was the season he started in the Under-18s and finished in the first team. From stunning goals for the youth team against Wolves and Arsenal to a hat-trick against Wolves’ Under-21 team to debut goals for the first team. He remains the only player in the club’s history to score the Under-18, 19, 21 and first team in the same season. That brings us up to date near enough, or at least to the start of the van Gaal era, a manager for whom he’s played 19 times.

Fresh from signing a new long-term contract in September, one could be forgiven for beginning to wonder what the future does indeed hold for Wilson. United had decided against sending him on loan in the summer with so much uncertainty about whether the club has enough forwards. Behind both Rooney and Martial in the pecking order, we’ve witnessed Fellaini and Depay play up front too. There have been suggestions that van Gaal doesn’t think Wilson is good enough or fit enough and in a team lacking goals his non-inclusion at times has been frustrating.

To me, the trouble with Wilson right now is that he doesn’t fit the profile of the type of forward United need. He’s played on his own up front before at Under-21 level but that was in a side that generally counter-attacked and used his pace to their advantage. The first team play a possession based game and in many ways his pace is made redundant. Teams sit in deep with mean behind the ball when they play us – it’s the reason that Martial too has appeared less effective since his first few games. Wilson’s best in a team that doesn’t play this way, you can play him alone or with a partner (he had a wonderful relationship with Ashley Fletcher at Under-18 level) but whilst his link-up play still needs improving, playing him in the first team right now is not really of much use to the team or himself unless the style is to change (or he wants to spend a game being frustrated). If we’re to be particularly honest, when he has played in the first team under van Gaal, he’s not really taken his chance to put pressure on his fellow strikers.

When determining a young player’s future, too many look at age rather than ability. Martial is a few days younger than Wilson but physically quite different. It doesn’t matter too much that Wilson is nearly 20, what matters is that Under-21 football is too easy for him and he’s not playing regularly at United. This loan move could be perfect for him to play competitive football in a league that he can hopefully score goals in. He’ll be competing with the likes of Tomer Hemed and the experienced Bobby Zamora whilst he’ll know Solly March and Jake Forster-Caskey from the England youth set-up. Brighton are a side gunning for promotion and Wilson could be the man to give them a boost.

No doubt Wilson will have spoken to Lingard before joining. Jesse’s spell on the south coast was another crucial loan in his development that’s finally seen him break into the United first team. He’s proof that age is just a number and players develop at different rates. Wilson’s physique has far more in common with Lingard’s than Martial’s and so his development may yet follow a similar path to Jesse’s.

The exasperation that United have let an attacking player go on loan is understandable but it’s best for the player and although he had a knock and wasn’t considered for selection at Watford, it’s clear that van Gaal trusts his other options to do a job for him up front. I’d have loved to have seen him play more often this season but I’m not entirely convinced that it would have done much for his confidence or development given how the team have played. This piece was going to suggest that something has to give in the coming weeks because United’s decision not to loan him in the summer is looking ever more like the wrong decision.

For Wilson, the best thing that can happen now is that with regular football he stays fit and gets back into his old habit of scoring at nearly a goal a game. He’s done it at every level apart from senior football and a loan provides the perfect opportunity to develop his game further and continue a fine record. He can then return to United in the hope that the style of football the first team are playing is more suited to him for next season. If it is, United won’t have a problem scoring goals.